Melbourne’s house prices almost back to the peak

Melbourne’s house prices have soared 5 per cent in just three months, rebounding to within a whisker of record levels, new data shows.

The record of $908,734, set in the December quarter of 2017, is likely to be surpassed soon, said Domain senior research analyst Nicola Powell.

The comeback was “remarkable,” Dr Powell said. “We didn’t see anything like this happening at the time prices were falling.” 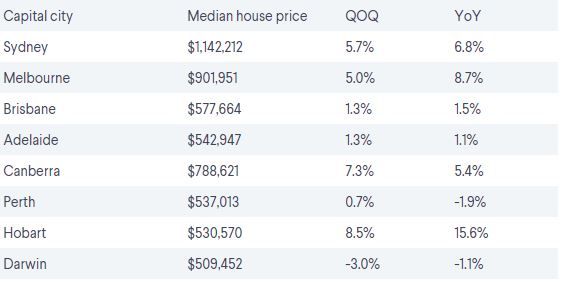 Melbourne house prices slumped throughout 2018 and the first half of 2019 amid a clampdown on investor loans and the scrutiny of the financial services royal commission. Prices plummeted by 10.7 per cent over that period, with $94,391 stripped from peak to trough, with the median price bottoming out at $809,468 last March.

After the May federal election result protected tax breaks for property investors, sentiment began to rebound. It was fuelled by interest rate cuts, a regulatory move to let buyers borrow more money, and increased buyer competition.

Prices are now 8.7 per cent higher than a year ago, the strongest annual jump in two years. 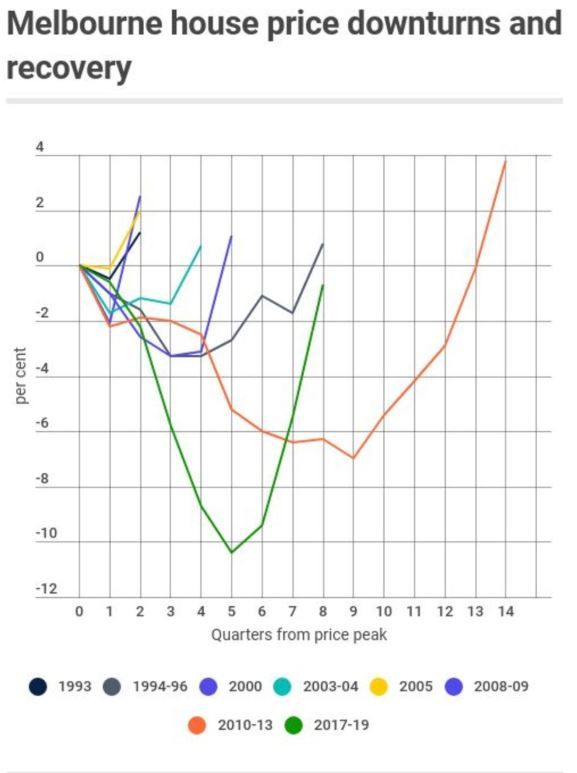 Although the rises have been uneven, some of the most significant gains were in sought-after inner regions where hundreds of thousands of dollars had been stripped from sale prices.

Prices are now an eye-watering 19.4 per cent higher than a year ago in Melbourne’s inner region, at a median $1,301,500. The area, which stretches from Elwood to Coburg, gained 6.2 per cent over the December quarter alone. 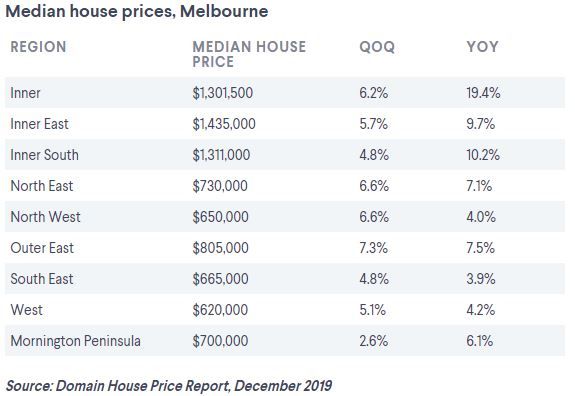 As sentiment picks up for vendors and buyers, the traditionally quiet month of January has this year been busy.

“I came back to a lot of buyer demand,” Mr Paproth said, adding high-end off-the-plan apartments in areas like Elwood and St Kilda were sought after.

Properties that had previously struggled to sell had also been snapped up, he said.

It was a similar story for properties in some of Melbourne’s priciest suburbs such as Brighton East, Marshall White Stonnington director and auctioneer Andrew Hayne said.

Home sellers like Mario Mendonca are hoping keen buyers will help with auction success in the first few months of 2020.

Mr Mendonca listed his three-bedroom home, in York Street, Prahran late last year. It is being auctioned on February 22 with hopes of between $2.3 million and $2.5 million.

Although Mr Mendonca has been watching the market, the timing is fortuitous as he is moving in with his partner in Albert Park.

Mario Mendonca believes the time is right to sell his home in Prahran. Photo: Greg Briggs

“The timing was right for me because I finished work in December [for a contract role] and had the time to get the house ready for sale,” he said.

Soaring prices may be great news for vendors like Mr Mendonca, but are hurting those looking to buy.

Director and buyer’s advocate with Property Home Base, Julie DeBondt-Barker, said clients, including first-home buyers, are being forced to find more cash.

“Several are going back to their brokers or their mums and dads to try and get a bit more money,” Ms DeBondt-Barker said.

Others, she said, were having to compromise, either moving further away from their ideal suburb or buying a much smaller property they could afford, such as an apartment.

But those hopeful of buying an apartment may be dismayed, with Melbourne unit prices skyrocketing to a record high median $549,701, up 5.6 per cent in the December quarter. 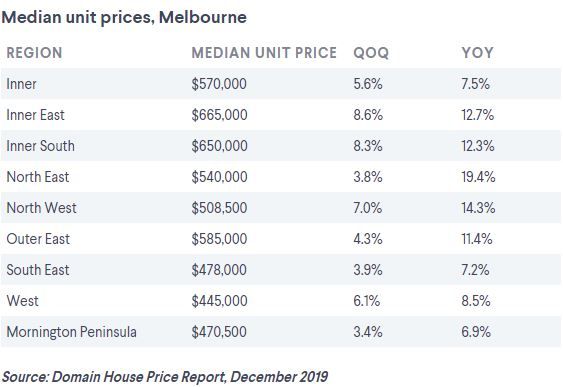 They are now more expensive than the median house in Adelaide, Darwin, Hobart and Perth.

The market is tipped to be strong for the first few months of 2020, then moderate as more vendors return.

ANZ senior economist Felicity Emmett said rising prices would be hard to sustain given tighter lending restrictions from the banks.

Low consumer confidence in the wider economy may also have an impact, Ms Emmett said.

Despite this, more buyers were applying for mortgages in the hopes of buying a home.

“Generally speaking, we’ve seen a lift when you look at housing finance numbers,” Ms Emmett said. “There’s [also] been a lift in the value of mortgages – the average home loan has increased.”

This article was originally published by Domain