In a pleasing turn of events for Melbournites, auctions across Victoria got underway in a relatively normal fashion.

Ray White Victoria and Tasmania Chief Auctioneer Matt Condon said that there was a sense of urgency amongst bidders, leading to excellent results across the board for sellers.

“Despite the increase in auction volume, it is still very clear that demand continues to exceed supply,” Mr Condon said.

“We have had a higher than normal level of active bidders. Buyers are rushing to get in before June 30th to take advantage of the stamp duty concessions,” he said.

“We also have a high number of auctions next week until July 1st, with sellers wanting to capitalise on this.”

Ray White Mount Waverley Managing Director Courtney Matthews kicked off the day with a huge $2,001,000 sale of 18 Mulgrave Street in Glen Waverley. The vendors (pictured below) were absolutely thrilled, with the reserve being beaten by $130,000.

“This couple have been living here for 60 years, so it was a very emotional day with all the kids and grandkids there watching and celebrating,” Mr Matthews said.

“They are moving into aged care closer to family, and they were absolutely thrilled with the result – we beat the street record by $100,000!”

Mr Matthews said that a young family bought the house and they have plans to build a long term family home there.

“The market is really incredible at the moment. There are still not enough homes on the market to satisfy the demand from buyers.” 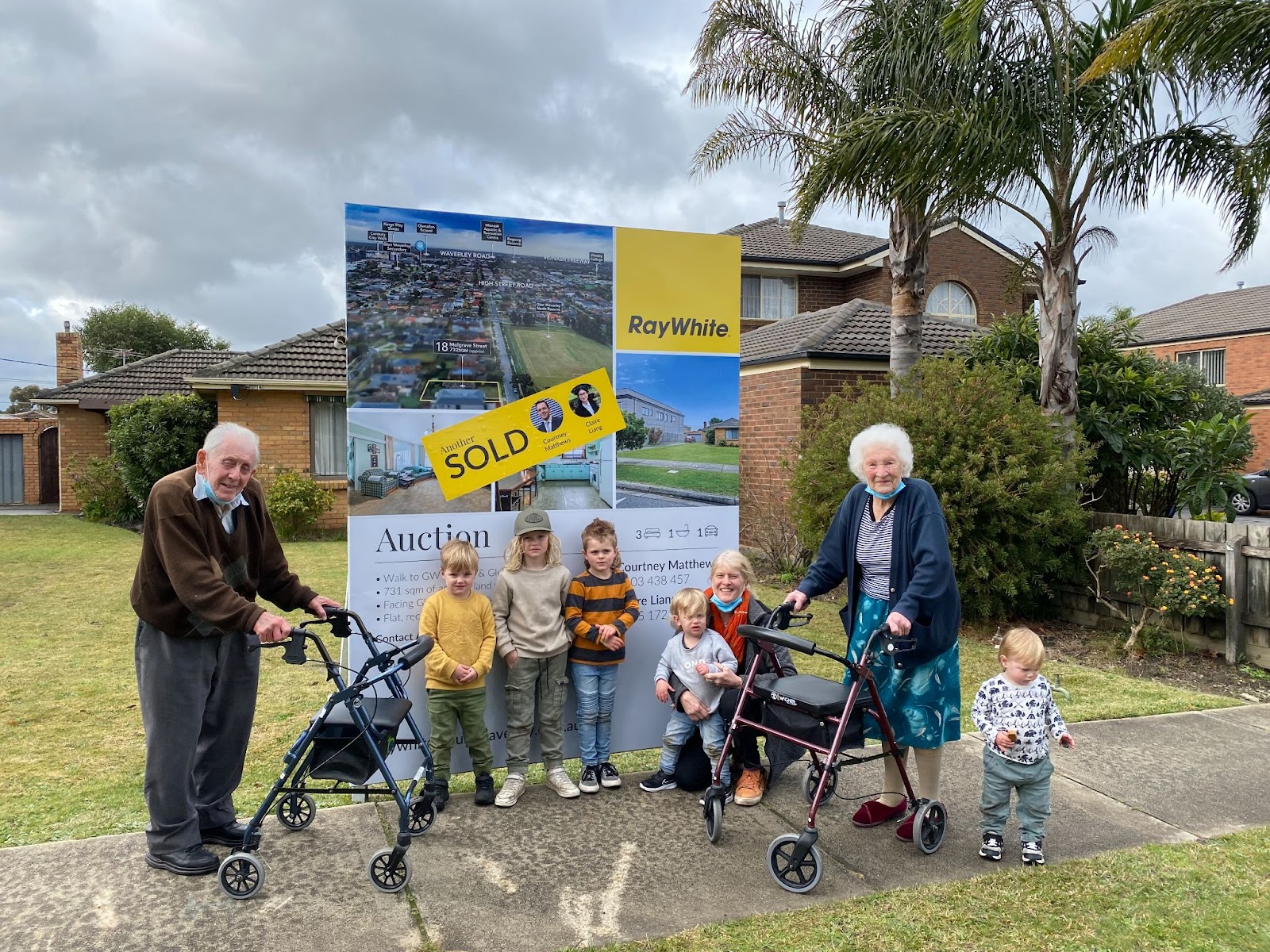 In the city’s north, 10 Slattery Way in Roxburgh Park sold under the hammer for $655,000, substantially above reserve.

Ray White Craigieburn agent and auctioneer Trish Orrico said that the gentleman who sold it was looking for a tree change and was moving further out to the country (pictured below).

“The buyers were a husband and wife duo who are absolutely over the moon to get into their new home,” Ms Orrico said.

“The market is still great – if you have a good home, there will be plenty of buyers. Particularly this week we are finding that people were scrambling to get in before the end of the financial year,” she said. 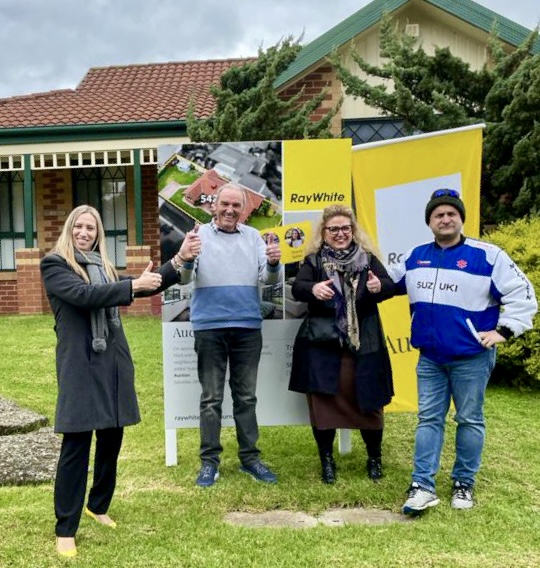 Ray White Cheltenham Principal Kevin Chokshi had another incredible day, with two homes selling under the hammer soaring past their reserve prices.

4a Alice Street in Cheltenham sold for $815,000, with five active bidders vying for the home which was being offered for the first time in 55 years (pictured below).

“The owner is moving on to a retirement home, and a young family were the winning bidders who have been looking to buy in this area for a while,” Mr Chokshi said.

Mr Chokshi then went on to sell 16B Wallace Crescent in Beaumaris for $1,151,000, smashing past the reserve of $925,000. The campaign attracted six registered bidders on the day, and had a very interesting backstory.

“The owner of this house passed away and had gifted his house to two of his friends whom he used to go skydiving with,” Mr Chokshi said.

“They honoured him by cleaning up the house, styling it and painting it, so they were very emotional at the result they achieved today.”

Mr Chokshi said that the market is really strong, with huge numbers at open homes today.

“Buyers are really keen now that we are out of lockdown, and I think the weather gods were on our side today, which helps!” 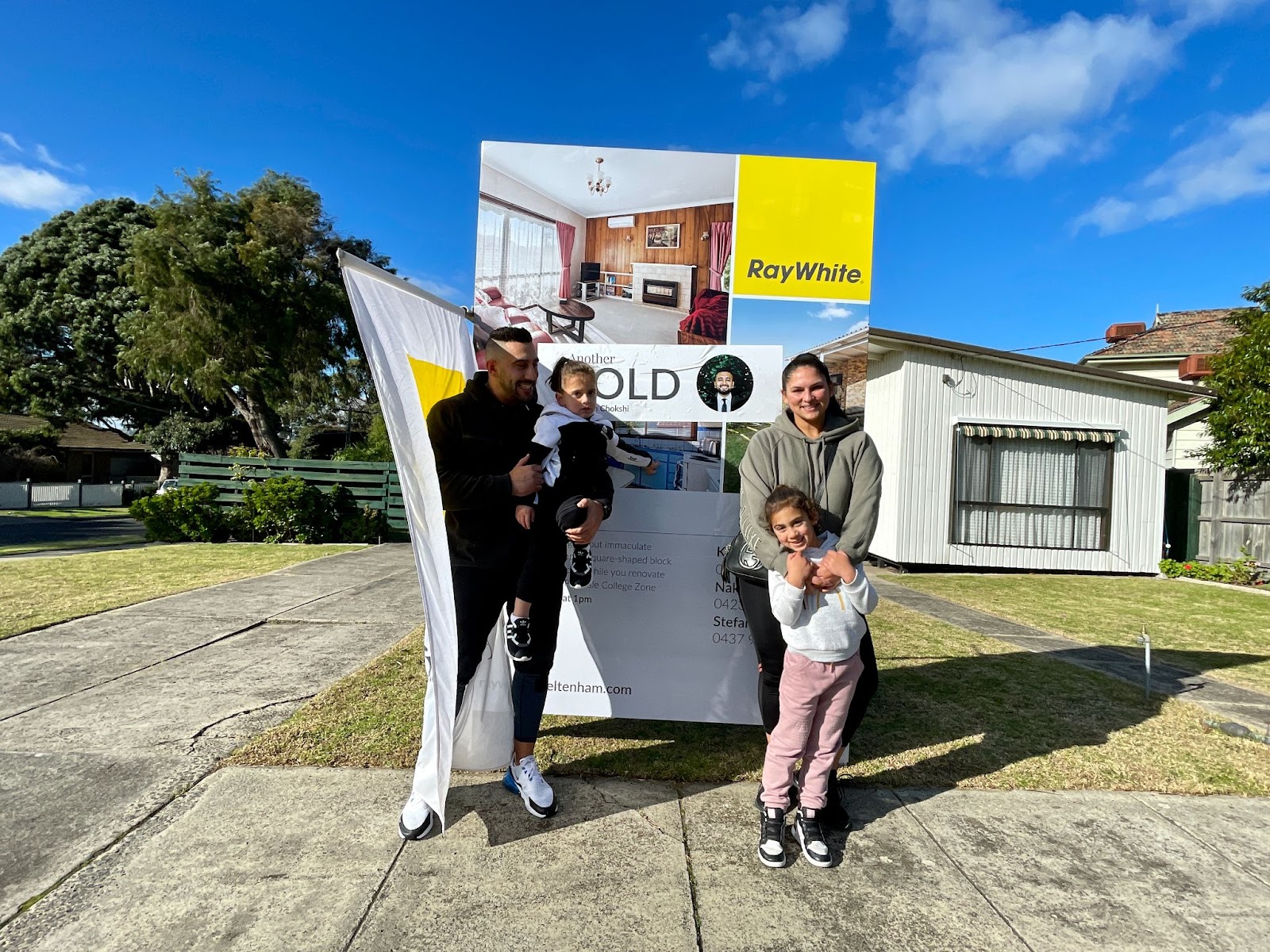