A STRONG December for the Ray White Group has ensured a busy start to the 2021 auction market.

In the final chapter of 2020, the Ray White Group wrote a total of $6.1 billion in unconditional sales in December, up a staggering 60.7 per cent on the year prior. In Australia alone, the Group recorded almost $4 billion in sales, up 50 per cent, with a record result in Victoria to cap off an incredible recovery given extended lockdowns across that state.

Intense buyer activity was perhaps best evidenced by continued record high auction clearance rates and that auction prices achieved under the hammer were on average 11.24 per cent higher than the highest offer pre auction.

In terms of the full calendar year, the Group sold $53.8 billion of property, which was $10 billion or 23 per cent higher than 2019 trading.

“These metrics continue to give us confidence that the current extraordinary momentum should endure well into 2021, especially as our central bank continues to forecast very low interest rates for at least the next three years,” Ray White Managing Director Dan White (pictured below) said.

“It was also a year for the true believers of the auction method. In times of uncertainty such as what we experienced during lockdowns, we believe that buyers need to see clear evidence of other buyers and their bidding intentions in order for them to transact. So we put everything into auctions.”

December 2020 turned out to be the best month of the year for Ray White auction clearance rates, with 70.8 per cent of auctioned properties selling. There were 2623 auctions scheduled in December which is up 37.2 per cent on December 2019.

As 2020 showed, the property market across Australia remained resilient. Despite numerous COVID-19 induced restrictions and lockdowns, Ray White managed to continue to transact properties for thousands of buyers and sellers in a safe and effective manner. 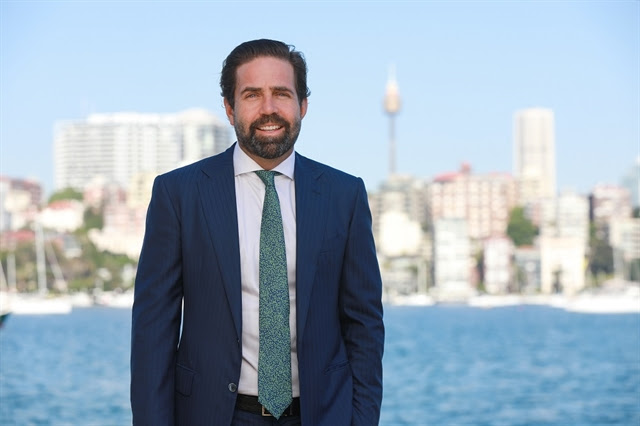 In fact, according to CoreLogic, property prices in 2020 across the country increased by three per cent. Houses performed slightly better than units, increasing 3.7 per cent and one per cent respectively.

The Group’s listing numbers rose over 2020 by eight per cent but were actually dead flat when compared to 2018. As Australians shake off the Christmas lethargy and get back to business, there is also an expected surge in listings just around the corner.

Now all eyes are on 2021 where experts vary on price expectations with predictions ranging from holding steady to increasing. This includes commentary from ANZ Bank economists, who last week said the risks to their forecasted growth for the year of a nine per cent gain in house prices was firmly “tilted to the upside”.

Mr White said no matter what 2021 throws at the property market, the Group is well placed to tackle any market.

“All this has given us the confidence that 2021 will continue on the same growth path,” he said.

“There remains more certainty now that the economy is entering 2021 with quite a lot of momentum.

“Future conditions are always difficult to predict and we have only ever suggested that our members and customers carefully review all activity in the market now.”

The January auction market is off to an early start compared to prior years with many in the network citing huge buyer activity as the reason for the early kick off. This weekend the numbers have ramped up, as 148 properties are scheduled to go to auction across the country.

Queensland will be the state to watch this weekend as the Ray White Surfers Paradise Group hold their annual super auction day ‘The Event’. More than 130 properties are set to go under the hammer at the RACV Royal Pines Resort through the powerhouse auction office.

“There is truly something for everyone ranging from cute cottages ideal for first-home buyers in Molendinar all the way through to absolute beachfront homes in Main Beach,” Mr Bell said.

“An absolute original beachfront cottage at Main Beach, spectacular houses at Sanctuary Cove and a brand-new home perched on the rare hill at Currumbin. Townhouses, villas, highly sought-after acreage properties, and everything from the lowest level entry points for one bedroom apartments through to spectacular penthouses.

“For investors, not only do we have residential properties to select from but also an excellent offering of commercial properties as well.”

Meanwhile in Melbourne, many buyers are making up for lost time in a big way after 2020 lockdowns left the real estate industry at almost a standstill. This intense buyer activity has been reflected in the December personal best achieved by Ray White Victoria, which recorded $828 million in sales compared to $570 million in December 2019.

Ray White Oakleigh agent Leigh Kelepouris was so confident of the market that he listed 6/41 Tully Rd (pictured above) over the Christmas period, a move that paid off after more than 130 buyers inspected the property. Going to auction this Saturday, the two bedroom home has attracted both first home buyers and downsizers.

“In Clarinda there’s only one other two bedroom unit available. This one is a large property with a double garage which doesn’t come up very often,” Mr Kelepouris said.

“This and the fact that it’s a single level home have really appealed to first home buyers and downsizers.”

Mr Kelepouris said he advised listing it over Christmas because of current favourable market conditions.

“We knew that there would be a huge lack of stock and a lot of restrictions on interstate movement meaning that buyers would predominantly stay local. Hence why we had it open over that time,” he said.

The Ray White Oakleigh agent has been busy over the holiday period, selling two properties on New Year’s Eve and another four during the break.

“We are noticing that numbers at open for inspections are up and in terms of prices achieved, there has been some healthy competition,” Mr Kelepouris said.

“It hasn’t just been one buyer making an offer in isolation, there have been multiple trying to buy either prior to or at auction.”

In Adelaide, one of the Ray White Group’s top performing auction offices is wasting no time getting back into the swing of things. Ray White Norwood will take nine properties to auction this week with four of these scheduled for Saturday. Top 2019-20 Ray White South Australia auction agent Stefan Siciliano will conduct two of the standouts, 5 Baraga Grove, Modbury Heights and 12 Audley Avenue, Prospect (pictured above).

Ms Clemente said the property has been popular for its land value and good school zone.

“It’s opposite the Rostrevor tennis courts, in a nice pocket of the suburb that is close proximity to the city and the Hills,” Ms Clemente said.

“Everyone is wanting to knock it down but buyers are ranging from families wanting to take advantage of the area to developers.”