Everyone is talking about the property market. The funny thing is the very same analysts who said the market was set for a monumental correction a year ago are now saying the market is overheating and that price gains are only being driven by low interest rates and by a lack of supply. But the reality is we have just helped more than 19,000 families and businesses across Australia and New Zealand to buy their dream property. That is in fact 25 per cent more transactions than two years ago. Our members have just recorded the strongest month ever in our history which dates back to 1902. The combined Australia and New Zealand networks have sold $8.74 billion in sales, up a staggering 92 per cent year on year. This is our best monthly result in every Australian market. In Australia alone, we recorded $6.1 billion in total sales, up 90 per cent on the prior March. In New Zealand, we transacted $2.2 billion of property, up 95 per cent on 12 months ago. While everyone keeps saying stock is in short supply the fact is our incredible members, across Australia and New Zealand listed 9,394 individual pieces of stock in March 2021 across Australasia, compared to 8,616 in March 2020, and 8,481 in March 2019. These are new listing authorities signed up by a Ray White agent. What is actually happening is the speed of the sale is increasing as new stock is being absorbed very quickly by the market. Buyers are more educated and moving with lightning speed if they see something they like. They have their finances in place and they are very determined right now. There are reports of fast sales in every community. It’s true that the total number of listings on the market across Australia and New Zealand is down 11 per cent on last year and 30 per cent on two years ago. But total listing numbers include old stock. Ray White’s real-time data tracks all the various types of listings and new properties which came to market in the past month are the only metric to watch. There are some early signs that April and May are shaping up to be monster months with big volumes predicted after the Easter school holidays.

These record sales results are driven by unprecedented levels of buyer interest. During the month of March we scheduled more auctions than we ever have, and that is saying something considering we account for 21 per cent of the total auction markets. Auction clearance rates consistently held above 80 per cent in March, and agents reported strong private treaty sales with limited discounting. We booked 3,459 auctions and cleared 82 per cent under the hammer for our clients. We had just over five registered bidders at every Ray White auction and we had active bidding on 91 per cent of all auctions. Our members met more buyers at open homes that they ever have before, with more than 155,000 check-ins at our opens during March. 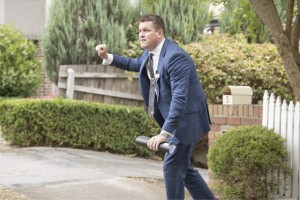 However, the most important message that we can communicate to our clients this month is the value that is being created by our members by taking properties all the way through to auction day rather than selling before auction. In a month in which 42 per cent of all our sales we made via the auction method, our data shows that our clients achieved prices of almost 12 per cent more on average under the hammer than by accepting the highest offer prior. This is an indisputable fact and something to consider during any auction campaign. You have more to gain by going all the way to sell in an open transparent way at auction.

The upswing in buyer demand has not been met with the same level of increase in inventory which has resulted in an almost palpable sense of urgency among buyers which puts upward pressure on housing prices. We see nothing on the horizon to suggest the current momentum will slow in 2021 and likely well into next year.

Australia’s credit cycle has turned upwards, which reflects growing confidence and recovery in the economy. New lending for housing is around 44 per cent above the pre-COVID level of a year ago. Loan Market Group’s March results include a staggering $3.1 billion in credit application lodgements. The insights from Loan Market have never been more crucial in cementing our confidence in the underlying strength and direction of our real estate markets.

The April edition of Ray White Now is written using the real-time insights of our 734 Australian offices. Our Now publications have been viewed more than 600,000 times since last May and our real-time data insights are even more valuable in 2021.