AUCTION volume may be up on last year but the market is still firmly tipped in the favour of sellers for now.

Buyers might have more choice with 65 per cent more auctions going ahead this week through the Ray White Group compared to last year. However, data shows that buyers are still willing to spend 13 per cent more at auction than their highest offer prior. To put that in context, it represents $130,000 more on top of $1 million – roughly the current national median house price.

This Saturday, the Ray White Group recorded a 75 per cent clearance rate, while average registered bidders nationally came in at 5.3 and active bidders sat at 3.1.

Around the grounds, auction fever is very much back in full swing and it was a Sydney auction which topped the leader board for highest sale. No. 216 Glebe Point Rd, Glebe, was marketed by Matthew Carvalho and Bianca Field of Ray White Erskineville and sold for $6.225 million under the hammer. 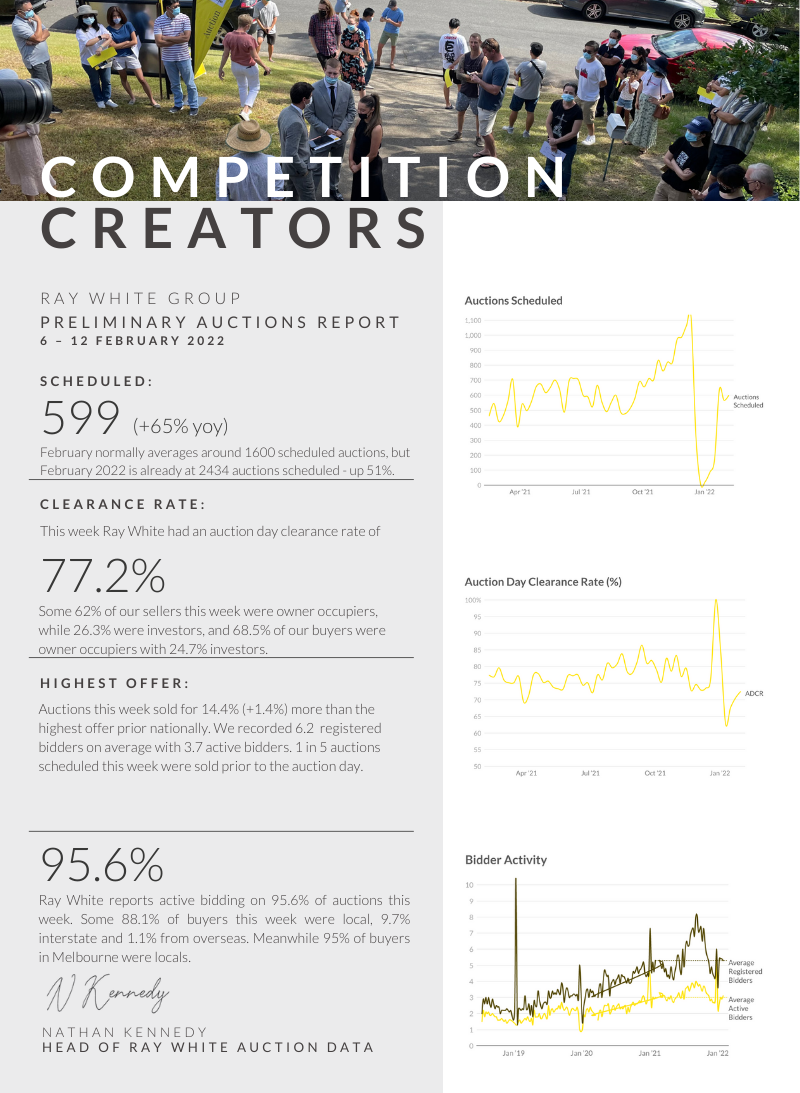 “This week, Ray White Victoria had a healthy 189 auctions scheduled, as more properties come to market, buyers are becoming very selective around the properties they choose to actively bid on and buy,” Mr Condon said.

“This is noticeable at auctions with slightly less active bidders, but buyers are bidding very quickly and aggressively to secure their desired property. 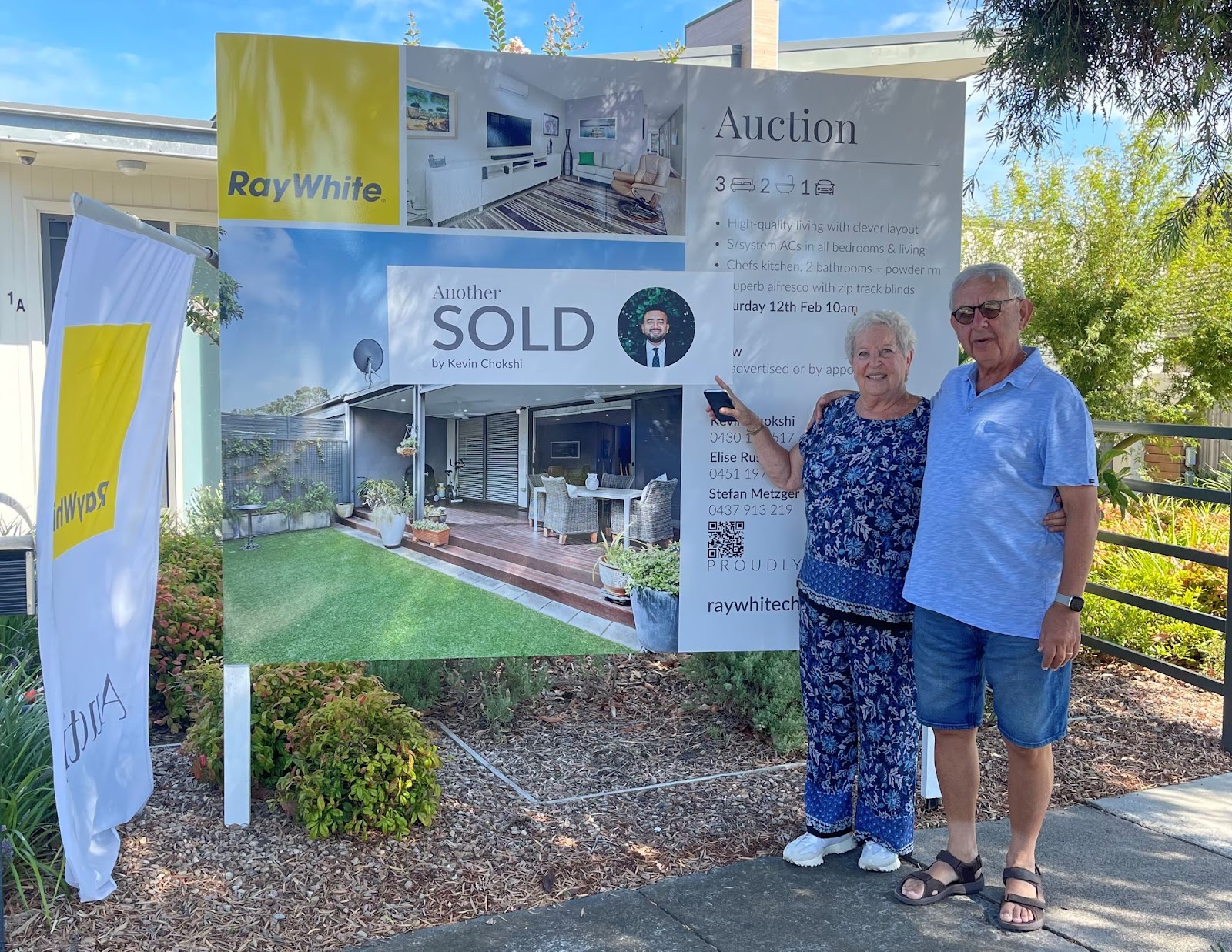 “There were two bidders on-site and one tuning in online. The two on-site bidders were very competitive and knocked out the online bidder from the start,” Mr Chokshi said.

“Both were young, local couples looking for their next property. The winning bidders are very excited to move into the area while the sellers (pictured above) are thrilled they can now move on with their plan to relocate to Queensland after Easter.

“Interestingly, we listed the home last year as a private sale and didn’t get much interest but after converting it to auction it attracted a lot of attention and sold above reserve.” 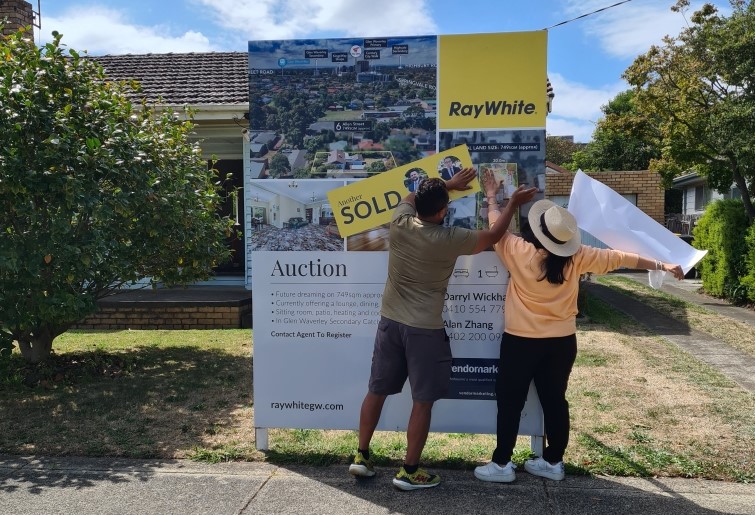 “The home was built by the sellers’ father 70 years ago and was sold by his two children. A local family bought it looking to knock it down and build their dream home (pictured above),” Mr Wickham said.

“Looking at today’s auction at Allen Street, things are still going very well. While the market may not be reaching the heights of October last year, homes with good appeal and in good locations are still very popular.” 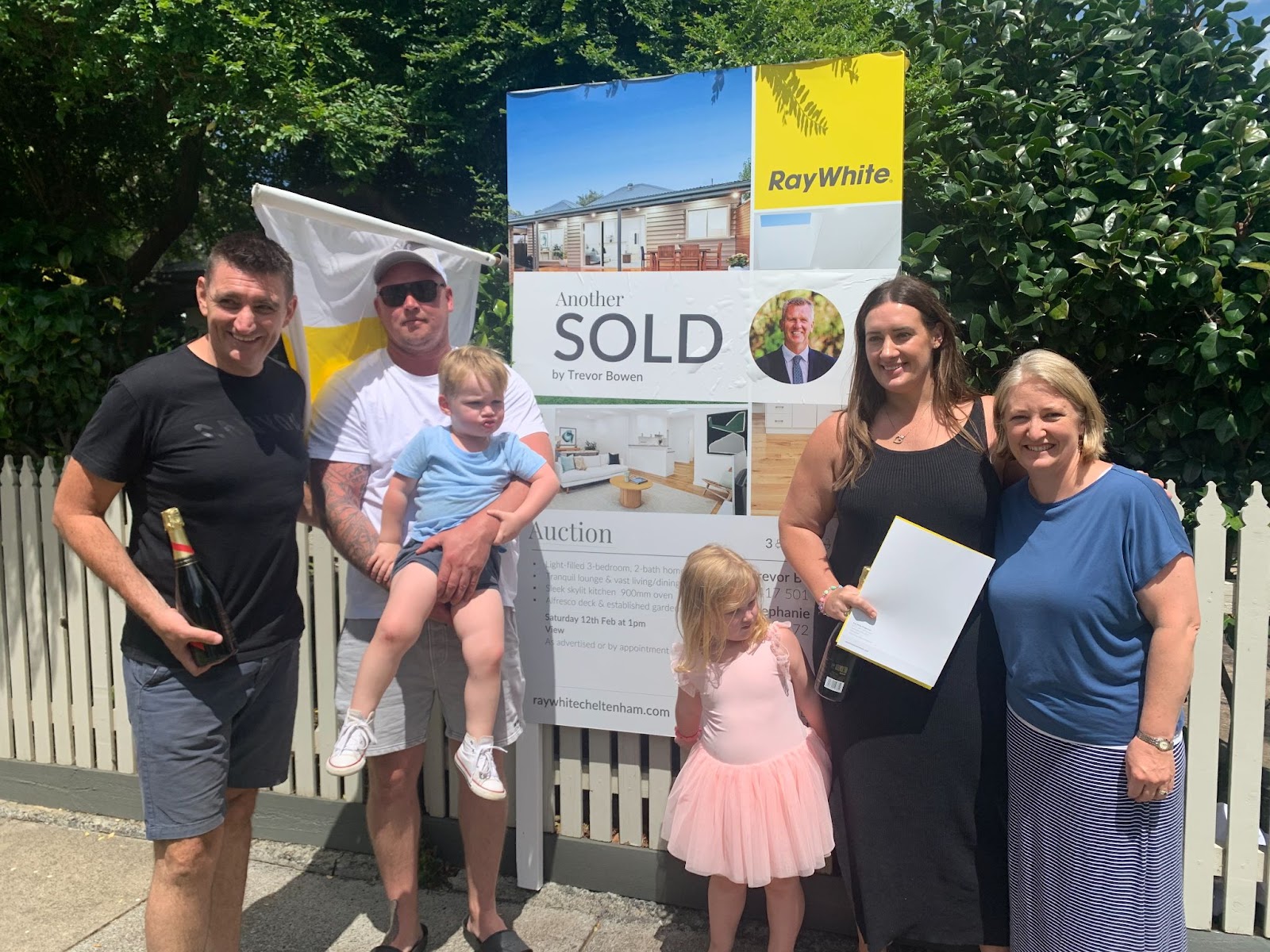 “The buyers were a lovely young, local family with two children moving within the suburb (pictured above with the sellers), while the sellers are moving into a townhouse with split level living now their children are in their teens,” Mr Bowen said.