When your Group does a PB, it’s the best indicator of what’s happening in the market!! Ray White’s $4.2 billion is our best ever and gives concrete evidence of the continuing strength of buyers in the market – supported by the continuing low interest rate environment.

And, whilst Sydney remains remarkably strong, Ray White’s result came from excellent activity throughout the eastern states and a surprisingly good result in South Australia. Only Western Australia continued to experience tough conditions. The latest data shows new listing numbers for the Group well over 7,300.

This strong demand resulted in excellent competition at auctions with vendors invariably delighted that they had agreed to a formal marketing campaign for their property. These results bode well for the opening into 2017. November is the perfect harbinger for what will happen in the early months of the new year culminating in what should prove to be a fantastic March.

Our Commercial group closed the month at $200 million which is up against budget. A tremendous end to the month was the Ray White Hotels auction of the Tennyson Hotel, attracting more than 250 people and achieving $37.05 million – the highest sale price ever achieved at auction. Justin Hemmes was the successful bidder. Ray White Hotels set the new record for the highest price ever achieved at auction with the sale of the Tennyson Hotel.

Our latest customer data shows continued strength with more than 1,400 clients rating us a 9 or 10 out of 10 from 1,700 surveys received. Overall, our national Net Promoter Score sits at positive 77.

We promote our family values message very strongly in so many ways. Recently the family was invited to attend a unique retreat “of 120 of the most influential family businesses in the world”. This has been driven by the World Economic Forum which has close ties to the G20 conference. The aim of this new event is to advance the interests of family businesses through experiences exchanged. It has been an honour to be acknowledged by this invitation.

As announced in our previous White Paper, our Open More Doors campaign was a fantastic Group initiative engineered by Mark McLeod. Results were astonishing particularly in light of much industry comment that listings are fewer than recent years. Our winner was Tom Luxton of Ray White Geelong. He is being rewarded with a ticket to the Inman conference in San Francisco next year. Likewise our Link programme, designed to enhance referrals across our big network, was a big success. Within Ray White alone over $2 billion in referral business is created each year between cojoining Ray White offices. This cross referral business was supposed to evaporate in the digital age – but yet remains as valuable a Group membership asset as ever.

Our enormously successful Christmas campaign, A Little Ray of Giving, is well underway. So far nearly 300 offices across Australia and New Zealand are running the initiative in their community – such a powerful tool of engagement. A Little Ray of Giving comes to life for the fifth year running.

As always, we welcome our new offices for the month. In Queensland Eric Li and Alex Zhang opened the new Ray White business in Sunnybank Hills – a key market for Chinese buyers. In NSW we saw Stanhope Gardens, Collaroy and Rural Kempsey open. Across in New Zealand the transition of the Leaders Group to Ray White continues during December with a further five offices in Wairarapa coming on board. 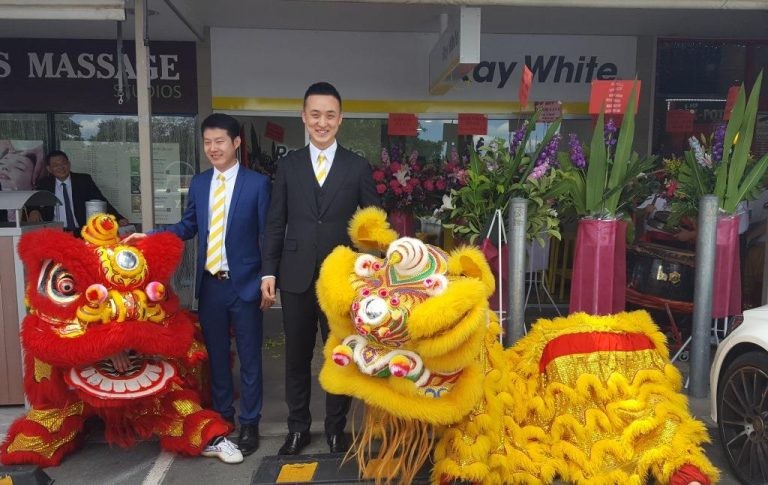