Are We At The Start Of A Downturn Or Just A More Normal Market?

House price growth has never been as fast as it was over the past two years. Clearly the increase experienced could not have kept going – if it did, Australia’s median house price would be well over $1 million by 2024 while Sydney’s would hit $2.15 million by the same date. And with this, we would have seen continued growth in household debt and concerns about affordability.

With the first of several expected interest rate rises coming in last week, we are now clearly in a new cycle. Is this cycle a downturn that will lead to a plummeting of prices? Or a return to a more normal and stable market? Having a look at our auction data provides some detail on what is happening right now.
Our best measure of demand is the number of people actively bidding at auction. If you are prepared to put in an offer for a property, it would follow that you are prepared to buy. Since we started tracking bidding activity in July 2018, we have on average seen 2.7 bidders per auction (based on 47,816 auctions over this time period). The lowest number was seen at the end of 2018 when we saw a significant drawback in investor activity. The highest was in September 2021, the absolute peak of the pandemic driven boom.
Average active bidders have come down from the peak. In April, the average was 2.9. It was still above the long term average but has clearly come down from the September peak. It is also lower than what was experienced in April 2021 but a lot higher than April 2019 and April 2020. As to how this number fares over the next few months will depend on how far interest rates go up; however the winter slowdown is also a consideration. 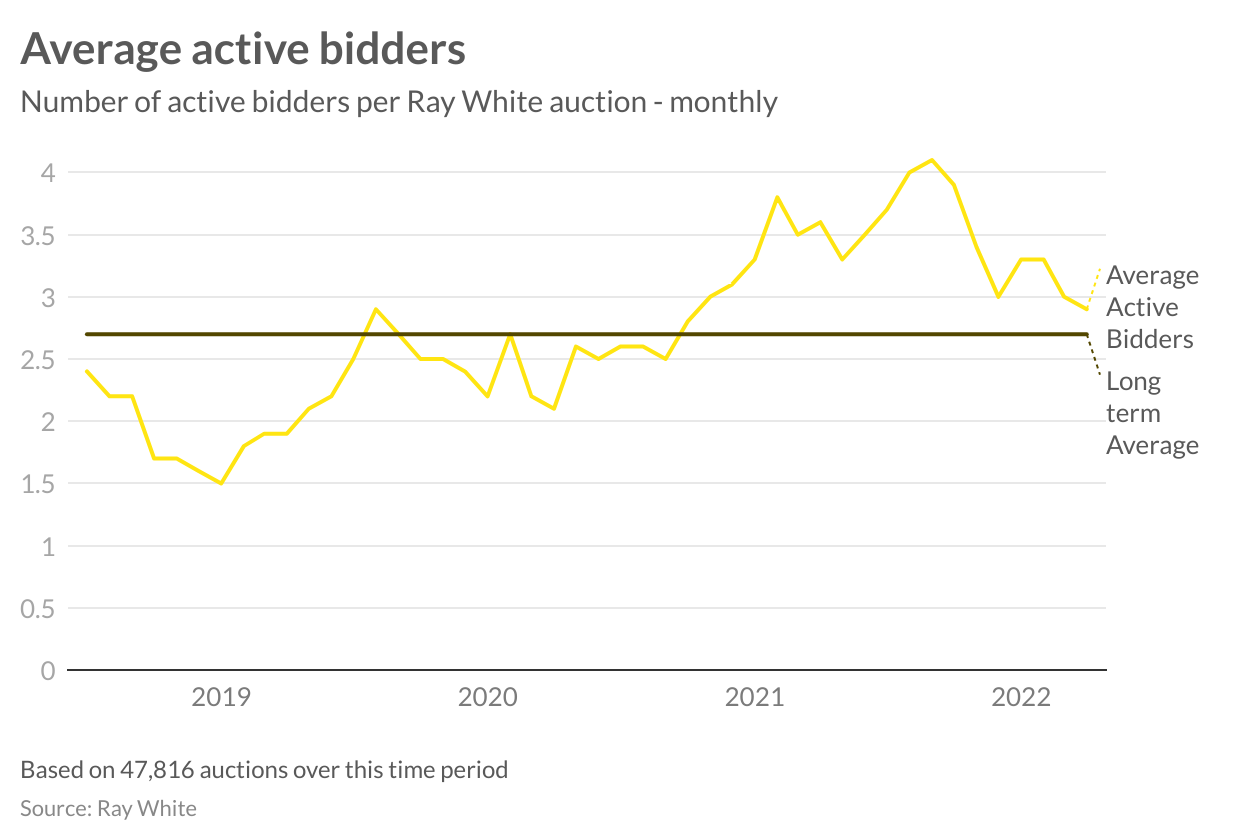 Another auction measure is the gap between the highest prior offer and final sale price which we have been tracking since the start of 2020. On average, Ray White auctions yield a 12.5 per cent gap above the highest prior offer. Not surprisingly, the very high number of active bidders led to a much higher gap, hitting a high of 14.8 per cent in August 2021. In April, the gap dipped slightly below average to 11.9 per cent. 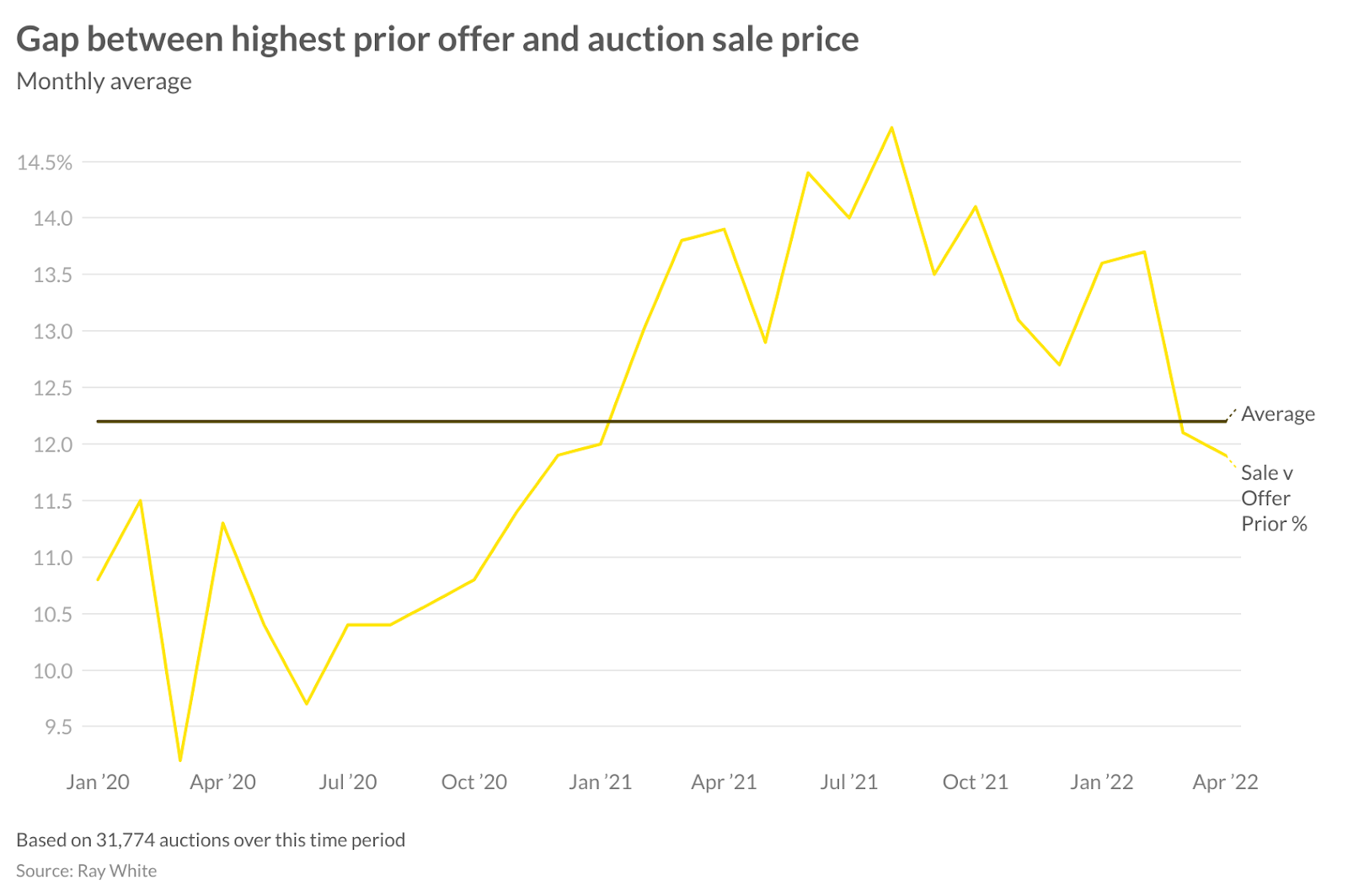 Right now, our auction data, particularly average active bidding, suggests that demand conditions are looking better than they were prior to the pandemic but not as good as they were last year.

And although we don’t have as long a time series for the gap between highest prior offer and auction sale price, the data is showing that demand is cooling from last year but is still a lot better than what it was just prior to the pandemic and within the first nine months following the first lockdown.

For now it looks like we are certainly in a different, much more stable market, but certainly not a plummeting market that is cause for concern.

The CEO Sleepout – I’m Sleeping Out!