Melbourne house and unit prices reached another new record over the first quarter of 2021. For the first time in one year housing prices in Melbourne have risen at a faster pace than regional Victoria. House prices surged $45,000 over the March quarter to $974,397, a 7.3 per cent annual increase. Given the momentum that has built in the housing market, Melbourne’s median house price is likely to crack $1 million over the coming quarter. It will take just over half of the growth recorded over the March quarter to achieve this milestone. House prices across all Melbourne regions are now at record highs. The Mornington Peninsula continues to be the standout performer with house prices leaping 16.6 per cent compared to last year. Units continue to underperform compared to houses. Despite this, unit prices are now at a new record following a 2.2 per cent rise over the March quarter to $568,793. Melbourne is the only capital city to record a new unit price high – all other cities remain below previous peaks. Melbourne’s inner south, north east, outer east and Mornington Peninsula are at record highs. 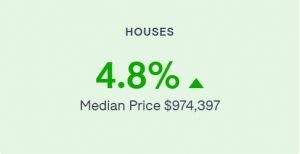 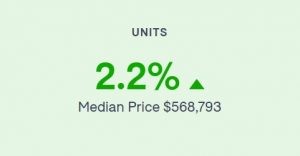 Last year, Melbourne’s housing market recorded uneven price rises that were concentrated in middle and outer suburbs. Increases are now being recorded across most of Melbourne. Of particular note, houses in the inner east are now leading quarterly growth. Melbourne’s CBD continues to be weak: unit prices are $30,000 below the mid-2017 price peak, offering negotiation opportunities for buyers.

A perfect storm has been created to fuel housing demand – a combination of record low interest rates, reduced discretionary spending, as well as state and federal housing incentives. For Melbourne, conditions are exaggerated given residents have lived through multiple lockdowns. This will undoubtedly have spurred homeowners to rethink lifestyle choices, bring forward decisions or even readjust housing needs, resulting in booming levels of home loans financed. While this has been led by owner-occupiers, investors have started to make a comeback.