Our best September ever!

Since May 2020, we have been writing about the “V” shaped recovery of our real estate markets following a shaky period at the start of the pandemic.  In our weekly Ray White Now publication, we identified early that buyer demand remained strong and was only getting stronger. We could not see the major market correction that so many commentators were aggressively predicting. It turns out the recovery hasn’t been a “V” shape.  The recovery has been a “tick” shape or “swoosh” shape.  That is, the market is performing even better than it was pre-pandemic.  It was very strong in February and March but the current conditions are even better again. We have just recorded our best ever sales result for September of $4.87 billion.  This was not a surprise to us.  It follows months of continued momentum.  If Melbourne had not been effectively closed for real estate sales, September would have easily been an all time group record month. The result was 25 per cent higher than last year.

It isn’t appropriate for us to celebrate such a great result given that our Melbourne members and customers endured such difficult conditions during September.  We are delighted that short private one on one inspections are now allowed and we have since called some spectacular digital auctions, heralding a very busy October and the run into Christmas.

As for the results for the rest of our markets, they were all distinguished by very strong volumes that were ahead of, or very close to, previous records.  New Zealand recorded it’s third record month in a row, recording $1.28 billion in sales, which was an astonishing $581 million or 83 per cent higher than last September.

Queensland was very close to a PB at $915 million, and New South Wales, Western Australia and South Australia were all tantalising close to their previous records.  The Rural network recorded a personal best month at $255 million, well up on last year.

While sentiment in the residential and rural markets, our Commercial markets are a little more challenging given tighter commercial finance conditions and little activity in office leasing.  We wrote $188 million of sales in Australia which was down 34 per cent against last September.

These September results were created on the back of continued buyer demand.  On average across our whole network, live listing numbers are slightly up on last year.  So the rise in sales isn’t a result of more listings.  Rather, it’s a result of a higher percentage of listings being sold in the period.  This is particularly evident in auctions,  where the number of scheduled auctions  increased by 6 per cent,  the average number of registered bidders per auction increased from 3.9 persons to 4.3 persons, and the  auction day clearance rates increased by 5 per cent to 67  per cent.  Auction prices achieved under the hammer were on average 10 per cent higher than any prior offers received prior to auction, which is a record number.

The fact that listings have not increased despite such remarkable sales conditions is an interesting one.  Most of our potential vendor customers that are not active in the market are surprised when we tell them about our sales results.  So many believe that the market is soft, as the media has been swamped with negative articles based on market speculation.   They remain sceptical.  Ray White Now provides detailed analysis of what is happening in the market now to ensure such customers don’t miss out on such strong conditions.  Ray White Now has reached  over 190,000 people over the past 21 weeks.

Our Loan Market colleagues also booked a stunning month of results as well, with $1.91 billion lodgements (up from $1.41 billion last September), some $1.28 billion in approvals (up from $930m on last September) and a new record of $1.21 billion in settlements (compared to just $700 million on the same month last year).  As we have been saying since March, the insights from Loan Market has given us confidence in the strength of the banking system and the availability of credit on great terms to buyers, underpinning the health of the property market. 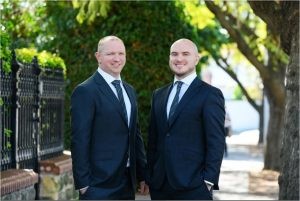 The results of the past three months are even more incredible when you recognise that the traditionally big selling months of October and November are ahead of us.  We appreciate that there are risks to the broader economy in 2021, so we continue to advise our customers that we have an excellent window between now and Christmas to achieve excellent results for them.