Spring Continues To Heat Up

ALL eyes were on Melbourne this weekend as private inspections returned after weeks of strict lockdown.

The flurry of activity from both buyers and sellers only points to one thing, a bumper spring selling season delayed but firmly on the way.
Throughout the rest of the country, auction metrics were similarly encouraging and have continued to be strong. Nationally, the Ray White Group recorded an 87 per cent clearance rate while average registered bidders sat at 10.4 and active bidders came in at 4.5.
Perhaps one of the most telling numbers of the day was the price gap between those auctions that sold prior and those that made it to game day. On average, Ray White properties that sold under the hammer achieved 13.43 per cent more than the auction listings that were sold prior. In many cases that represented more than $100,000 on top of the final sale price.
The real estate market once again sprung to life in Melbourne with physical inspections permitted from Saturday.  Ray White Victoria and Tasmania CEO Stephen Dullens explained how this would once again get Melbourne’s spring market going.
“With physical inspections only permitted in Melbourne for nine days since the middle of July, the news that private inspections would once again be allowed has certainly been welcomed by customers and agents alike,” Mr Dullens said.
“While we have adapted to the online world, there is no replacement for physically walking through the home before making the major decision to purchase or bid at auction.
“This news will once again ignite the real estate market for spring and we are very excited to assist our customers again, even if it will be in a different format to traditional open homes for the near future.”
Despite physical auctions not being able to take place, Mr Dullens said he doesn’t expect this to slow down the market revival.
“In the last 18 months we’ve seen many changes within the real estate sector. Across Victoria, Ray White has called well in excess of 4,000 online auctions – in fact, our clearance rate of online auctions is higher than those called on-street,” he said.
“We’re expecting one of our strongest ever spring markets with online auctions being a huge part of this, while minimising movement and guaranteeing community safety.
“We certainly appreciate the engagement with government in recent weeks and allowing us to work through what we believe were the right settings to once again assist our customers, while most importantly ensuring the right public health protections are in place.” 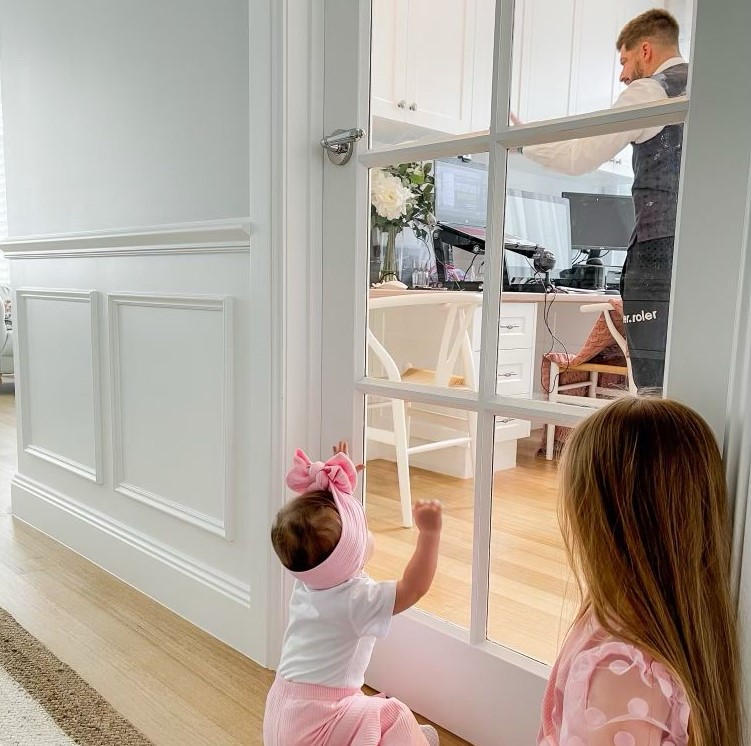 Ray White Victoria and Tasmania chief auctioneer Matthew Condon said this weekend has seen a significant increase in auction volumes since the announcement that private inspections could once again be conducted in Melbourne.
“It was a busy morning on the ground with today being the very first day that interested buyers and bidders could inspect their desired property before returning home to bid at the online auction,” Mr Condon said.
“Preliminary data from the Ray White Group has revealed an increase in both registered and active bidders today. This was evident with all online auctions experiencing high levels of competition.”
Following some early morning private inspections, Ray White Craigieburn agent Daniel Diamantopoulos (pictured above with his cheer squad) went on to conduct a virtual auction session in which all six properties on offer were sold under the hammer.
Mr Diamantopoulos represented five of the homes while fellow Ray White Craigieburn agent Adrian Prestileo was the listing agent for the sixth, 26 Ocean Way. Between the two agents, they recorded $3.168 million in total sales and 53 registered bidders during the two hour sale session.
Mr Diamantopoulos said with private inspections back on the table, he’s seeing renewed energy from buyers and sellers.
“It’s been a mad scramble for the past 24 hours, booking in inspections yesterday and getting people through the homes this morning while also keeping with restrictions,” Mr Diamantopoulos said.
“We didn’t sleep at all last night, we were just on the phone non-stop because we wanted to make sure all interested parties could physically inspect the homes so they knew what they were buying.
“But even without private inspections, so many of our buyers were ready to bid today with confidence, so I think we still would have had a great outcome.
“We are so grateful for our buyers’ commitment today and to our vendors for trusting in the process.”
Meanwhile, Ray White Glen Waverley partner Darryl Wickham flew over the million dollar mark with the sale of 852 High Street Road today which went for a total of $1.505 million under the hammer.  The online auction also attracted 56 viewers with 42 of them registering to bid.
“There was nothing particularly special about the house but it was definitely hotly contested,” Mr Wickham said.
“Our market has gone a bit silly at the moment and especially in Glen Waverley, things have just jumped up dramatically.
“It’s being driven by a lack of stock and I do anticipate that once we open up we will see a huge increase in stock coming to the market pretty quickly – especially when vendors see results like this.”
The buyers were a family looking for something to knock down so they could build their dream home.
Share:
Prev Post

What $1 Million Will Buy You Around The World

Colour Crush: Why Pink Bathrooms Are Making A Comeback