October is already on track to be a record month for Australasia’s leading real estate group with clearance rates at an all time yearly high across the country.

Buyer demand continues to stay high as many compete to close the deal in time for Christmas. Last weekend, the Ray White Group posted six average bidder registrations nationally and the outlook is similarly as high this weekend.

Sellers are also coming out of the woodwork with stock numbers stabilising as many realise that now is the opportune time to sell. Ray White listing authorities nationally are almost rivalling 2018-2019 numbers and there are 178 scheduled auctions set to go ahead this Saturday.

There’s also been some good news for Victoria this week with the easing of restrictions in the state’s capital.

While Ray White Melbourne auctions will mostly continue to be online this weekend, the announcement has given a further boost of confidence to the real estate market.

This weekend, there are 53 Melbourne auctions scheduled, showing a significant rise in volume over the past month.

In Australia’s biggest auction market, Ray White listing authorities are only down by 1.89 per cent on this time last year, showing that seller confidence is making a full recovery. And month to date, there have also been 5.4 registered bidders per Ray White auction in Sydney.

More than 100 groups have inspected the 1850s character home at 36 Ann St, Balmain (pictured above) which will go under the hammer through Ray White Balmain’s Chris Williams.

The Balmain agent said interest has been through the roof, after 300 phone enquiries and 8000 views on domain.com.au.

“Interest has predominantly come from empty nesters with a smattering of young families,” Mr Williams said.

“The character features have been particularly attractive to empty nesters. For many downsizers, emotion trumps logic when it comes to sandstone.” 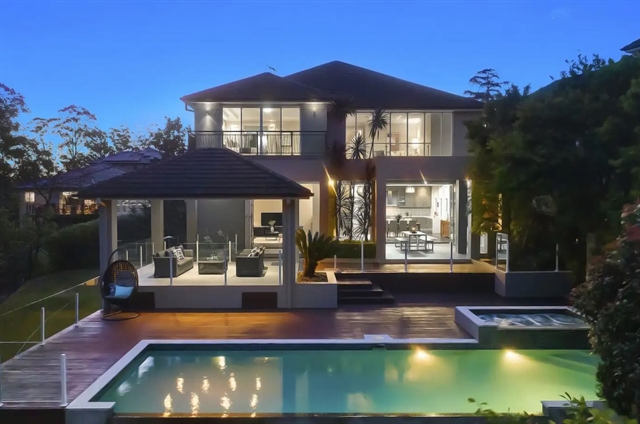 “It’s the sort of place that people could be looking for over a couple of years. Opportunities like this are hard to come by so we expect some competitive bidding on Saturday,” he said.

Since being listed, 6 Doris Hirst Place, West Pennant Hills (pictured above) has already had a host of eager buyers through the open homes. The five bedroom house was built twelve years ago by well-known Sydney developer Sam Kassis of Kassis Classic Homes.

The West Pennant Hills home is being marketed by Ray White Castle Hill agents Karl Anthony and Sara Perry, while the sellers Mike and Deirdre Carr are planning on a seachange to the Northern Beaches.

Mr Anthony said the West Pennant Hills mansion has already had 61 inspections with more expected to come over the week.

“Since day we one, we have had a huge influx of interested buyers,” Mr Anthony said.

“Most are coming from the wider suburbs of Sydney and normally with these types of houses, buyers are looking for the best street in the area, like this one.”

Ms Perry added that the agents have received an average of about three enquiries per hour from eager buyers.

The auction of 22 Murralong Avenue, Five Dock is also expected to be a standout this weekend. The three bedroom home is being marketed by Ray White Drummoyne agent Chris Wilkins who has given out a price guide of $1,680,000. 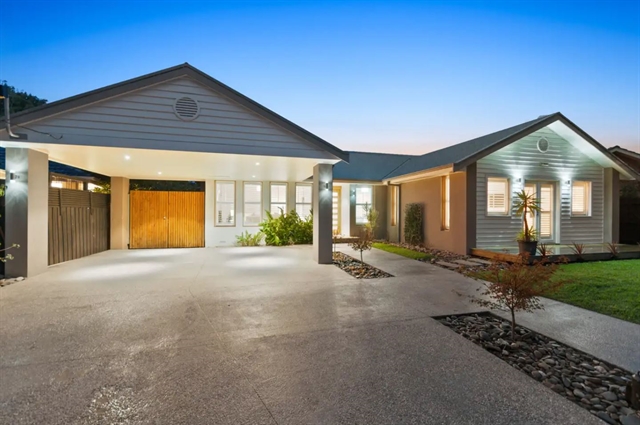 The Melbourne market has had a shot in the arm this week after restrictions were eased on Sunday. Physical auctions are now allowed with 10 people on-site plus staff, however the leading auction group will be staying mostly online.

This decision comes off the back of a need to accommodate the influx of buyers that are sure to tune in, after Melbourne recorded 6.5 average registered bidders throughout October.

As many offices get back into the swing of online auctions, there will be more than enough auction success to go around. Beginning with 32 Mission Hills Way which is being auctioned online by Ray White Craigieburn agent Trish Orrico.

While the vendors originally came to market during the private inspections ban, Ms Orrico planned the auction for this weekend to give buyers a chance to inspect the property.

So far, the Craigieburn agent has had 30 one-on-one private inspections of the house.

“It’s good to see that investors are back out on the prowl with this one but mostly we have seen first home buyers at private inspections,” Ms Orrico said.

“It’s quite a spacious townhouse and the location is good so it suits both buyer demographics well.”

Meanwhile, Ray White Frankston are taking advantage of serious buyer demand this weekend with the online auctions of 28 Gowrie Avenue (pictured above) and 11 Eileen Court.

Selling agent Andrew Condon said the location has been a huge motivating factor for buyers.

“A lot of families are looking to upsize and get into the Frankston high school zone and this house represents good value buying in that area,” Mr Condon said.

“It’s also been popular for the entertaining area and amazing deck that looks over the pool and spa.” 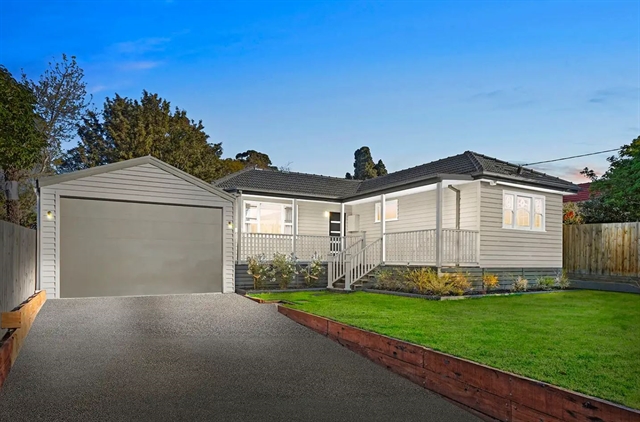 Later in the day, Eileen Court will go under the virtual hammer through fellow Frankston agent George Devic. The auction will be conducted by Ray White Victoria Auctioneer Jeremy Tyrrell.

The price guide is set at $599,000 to $658,000 with Mr Devic saying he’s had more than 20 inspections over the length of the auction campaign and is expecting more.

“The campaign is looking really healthy and we still have a couple more private inspections to go so I am expecting even more interest,” Mr Devic said.

“It’s been well maintained but there is still scope for the buyer to put their own stamp on it and add value.

Ms Limanis will be calling the auction of 6 Sunray Ave, Cheltenham (pictured above) from the driveway this Saturday but will also be streaming it live online.

The Cheltenham home auction campaign has been full of firsts after also running one of the first Ray White virtual inspections during Stage 4 lockdown. A massive 30 buyers took the leap of faith and logged in to the virtual inspection

Ms Limanis said the owners are wrapped that on-site auctions are back on the table.

“It feels like the longest campaign ever but it’s a beautiful home and buyers are emotionally attached to it,” Ms Limanis said.

“It was online three days before lockdown with just two buyers seeing it, and the original auction date was the end of August, which we had to cancel.

“We got some really good attention off the virtual inspection and a couple of these buyers are still showing very strong interest.” 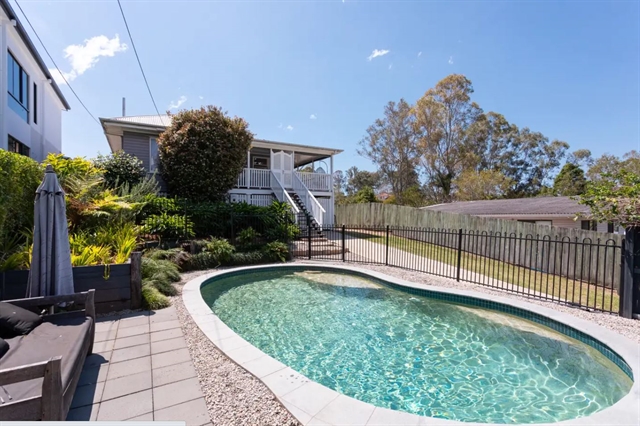 Queensland auctions are continuing to go from strength to strength this spring selling season and this weekend is expected to be no different.

One of the auction highlights of the day will be 52 Newman Avenue, Camp Hill, selling through Ray White Metro North Principal David Treloar.

Mr Treloar has had 70 groups through the home and said the property has been popular with a range of buyers.

“We have developers looking to split the block and build two houses, families thinking of building their dream home in a premiere location and investors looking to use two large lots as a land bank,” Mr Treloar said.

“The house is in arguably the best street in Camp Hill and should fly come auction day.”

On the northside of Brisbane, Ray White Aspley agent Deborah McCulloch has had more than 50 groups through her listing at 85 Pullen Rd, Everton Park (pictured above).

Ms McCulloch said the granny flat at the rear has sealed the deal for many interested buyers.

“Interest has come from a range of people, but mostly we’re getting a lot of first home buyers coming to inspections,” Ms McCulloch said.

“The granny flat has been the standout feature, it’s self contained with a bathroom, kitchenette, lounge and bedroom.”

“In the afternoons there’s always a beautiful breeze out on the balcony and the pool is an added bonus for many buyers,” she said.

Ray White Queensland Chief Auctioneer Mitch Peereboom will be conducting the 11am auction. 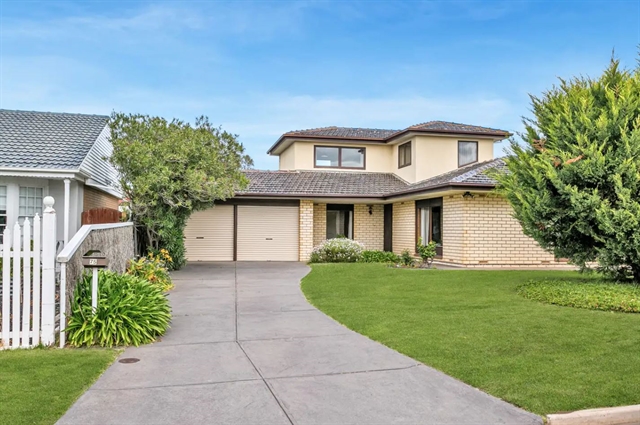 In Adelaide, buyers can expect some good quality stock going to auction this weekend while sellers will be greeted with competitive auctions and premium prices.

In the morning, Ray White Glenelg agent Rod Smitheram will be auctioning his listing at 75 Ingerson St, West Beach (pictured above).

Mr Smitheram has had an outstanding 121 groups visit open for inspections over the auction campaign.

“The house has a lot of potential and all interest has been from families who are ready to renovate the properties and add value,” Mr Smitheram said.

“West Beach is zoned for two of the best public schools in the western pocket and the house is literally five minutes from the beach.”