What $1 Million Will Buy You Around The World

While Australia’s house prices continued to rise, Ray White Chief Economist Nerida Conisbee considered whether you could find better value in one of your favourite holiday destinations.

Australians are property obsessed and particularly like to invest in property. But Ms Conisbee said the places in which we invest are overwhelmingly in Australia and we are generally wary about looking too far afield.
As well as being nervous about overseas buying, she noted that we are also restricted from buying in many countries.
For example, New Zealand has completely banned overseas buyers. In Thailand, foreigners can own an apartment but are forbidden from owning freehold land. Elsewhere, there are far fewer restrictions. In the United Kingdom, anyone can buy, even if you don’t live there. It’s a similar situation in the United States. In Cyprus, they will even throw in a passport, although you do need to spend at least €300,000 in a government approved new development.
The final challenge Ms Conisbee said is getting finance.
“Australian banks are not keen on providing finance to offshore purchases of residential property,” she said.
“And it’s difficult to get finance from foreign banks. If you want that Paris apartment, it might be best if you have the cash available.”
Assuming you have overcome your nervousness about buying overseas, have saved up lots of cash over the pandemic and have found a country that allows you to buy, what types of properties could you afford to buy?

“It’s hard to compare pricing at a global level, particularly given within a capital city or country, there can be significant variance in properties available,” she said.

“On a square metre basis, Turkey is the cheapest country to buy in, while Switzerland and Luxembourg are the most expensive. But in the United Kingdom, cities like London would have precincts that are potentially far more expensive than Switzerland.
“Given the challenges with comparing prices, I have instead opted to take a look at some well-known areas to see what is available for around $1 million, and compare what you would get in Australia.
“This will allow you to see exactly what you get for your money.”
One bedroom apartment in a global city 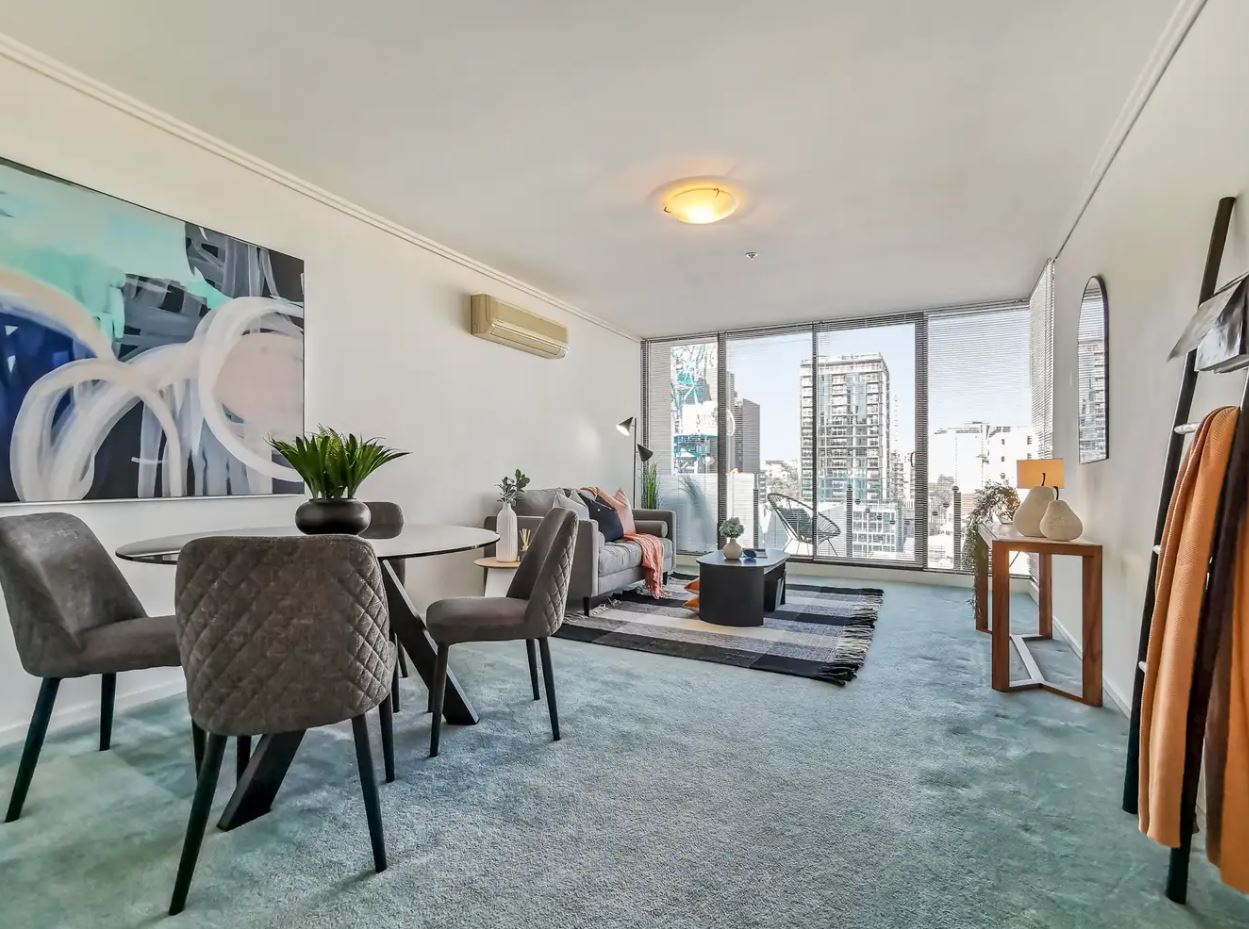 The Australian dollar is pretty weak at the moment. $AU1 million will only get you around $US715,000, £525,000 or €610,000.
But if you’re dreaming of New York, London or Paris, this is enough to buy you a one bedroom, one bathroom apartment close to Central Park, close to the City of London or near the River Seine.

This is roughly similar to the median for our most global city, Sydney where the median for an apartment is $960,000 and could get you something like this 33-37 Mentmore Ave, Roseberry unit.

If you want a much cheaper option, you could look at Melbourne CBD where the median for an apartment is $460,000. This amount could set you up a trendy South Melbourne apartment like this 907/38 Bank Street(pictured above) unit.

Family home in a “most liveable city”

If a one bedroom apartment doesn’t appeal, then living in the most liveable city in the United States may do so. Austin, Texas is ranked as one of the best places to live and the neighbourhood of Highland one of its best suburbs. For $AU1 million, you are looking at a pretty nice house on a big block like this one on Northcrest Boulevard.

In the United Kingdom, one of Edinburgh’s best suburbs, West End, you can also buy a three bedroom house.

In Australia, you are unlikely to get into many of our most expensive suburbs which currently sit at around $3 million but you could definitely get into a nice suburb in our most liveable city of Adelaide – and it would be beachside. 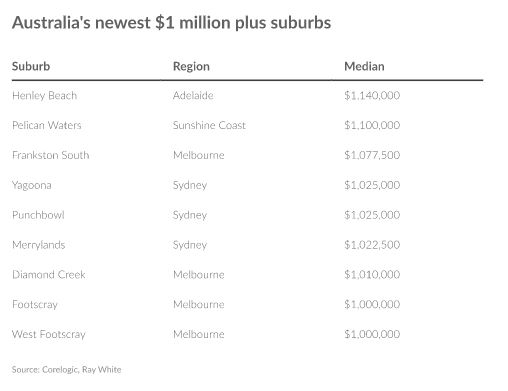 Henley Beach has just hit a $1 million median. This 596 Grange Road(pictured above) family home has just been listed for auction in the suburb and is within walking distance of the beach.

In Melbourne, the up and coming inner west could also appeal with Footscray hitting that price point now. 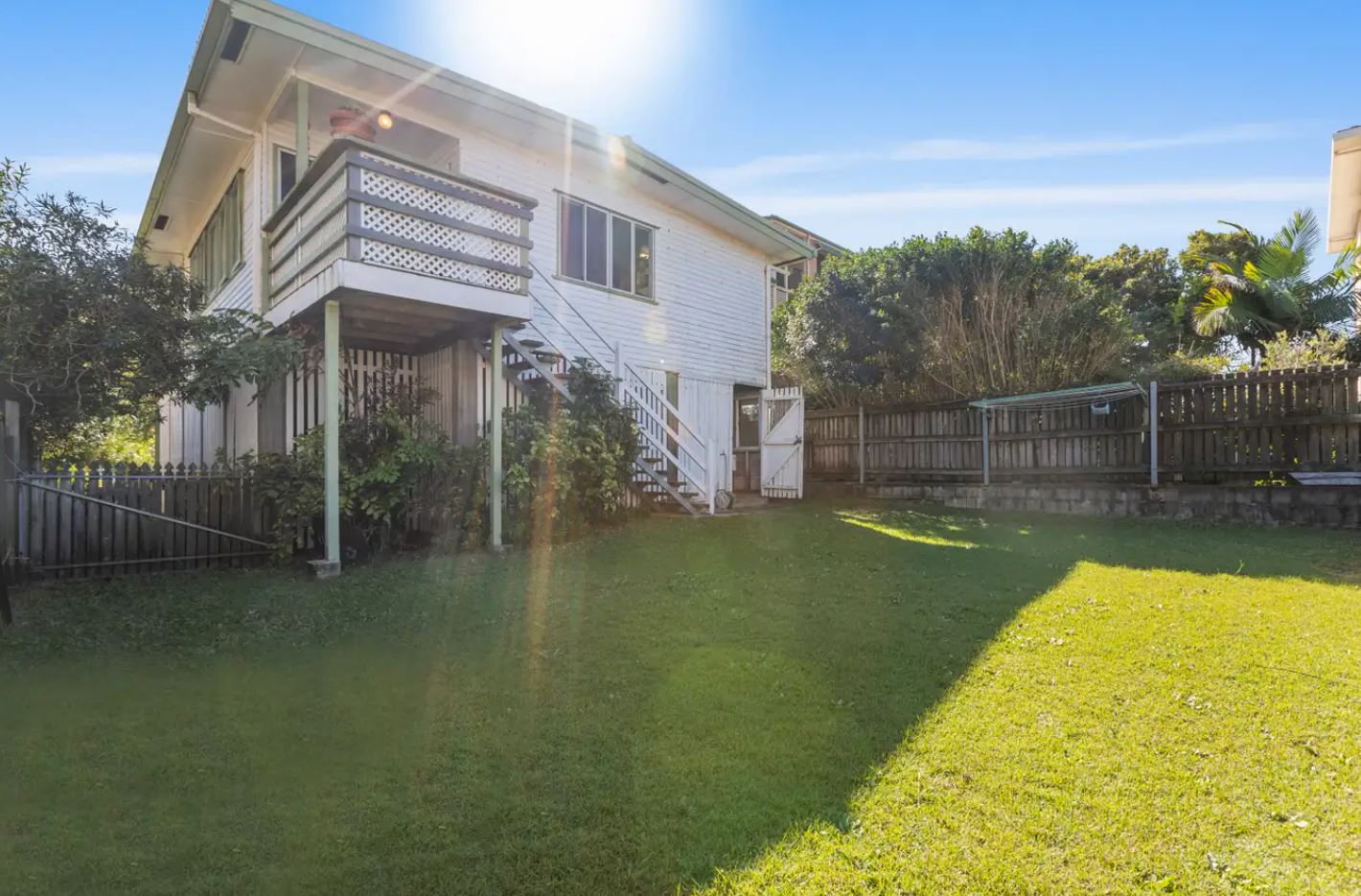 If you want to buy in Asia, then a beachside holiday home represents very good value, although you would need to carefully look at what you are allowed to buy in each country.
$AU1 million is approximately 24 million Thai baht. In Phuket, you can get a luxury hillside villa for this price. In Indonesia, that same million will get 10,405 million rupiah which would get you a similarly beautiful villa close to the beach in Canggu.
In Australia, you can definitely buy into a beachside suburb but you are unlikely to get a new luxury villa for the price. Pelican Waters on the Sunshine Coast recently hit that price point and the weather is likely to be just as nice.
Stock is currently tight in Pelican Waters but if you’re willing to stretch your budget in neighbouring Caloundra, then consider this 589sqm beach shack with potential on Lower Gay Terrace(pictured above) which is only a few minutes from the water.
A country mansion

Rural Europe is pretty nice, but there are also some pretty nice places in rural Australia. The main difference is that in Europe, you get a medieval tower.In Australia, you would get something potentially as large but certainly not as historical. Ms Conisbee said she doesn’t know much about the predominantly rural Auvergne region of France but for $AU1 million, you can something quite different like this historic stone manor with its own tower.

For $1 million in Australia, you could get into inland parts of northern New South Wales. Mullumbimby currently has a median of $988,000 and not too far away 599 Left Bank Rd, Mullumbimby Creek(pictured at top) is currently for sale.Close to Melbourne, Macedon has just recently clicked over to the $1 million median mark.

The Top Colour Trends for 2022

Spring Continues To Heat Up