What Could Bust The Boom?

Is there anything that could bring Australia’s unprecedented property market growth to a halt?

Ray White Chief Economist Nerida Conisbee said a rise in interest rates will certainly have an impact.
“Housing markets are sensitive to the cost of finance – more particularly, the more expensive the city, the greater sensitivity to what happens to interest rates,” Ms Conisbee said.
“This is why we tend to see Sydney move more closely with interest rate changes, compared to Perth, for example, which moves with the commodities cycle. Smaller regional areas are also less sensitive and are more in line with local economic conditions and population growth.”
The second reason she identified was rolling lockdowns. While lockdowns are annoying, they don’t seem to be having much of a negative impact on house prices, particularly compared to what happened in 2020 in Melbourne. She said there were a number of reasons for this.
“Locking international borders kept us safe and allowed us to live more normally than elsewhere around the world. This resulted is our economy bouncing back more quickly and in the March quarter, we were the first country to get back to pre-COVID-19 level of our Gross Domestic Product,” Ms Conisbee said.
“While this has been the case, it’s going to start to become more problematic, particularly now as the rest of the world opens up.”
Thirdly, increasing mortgage rates and restricting finance could create an issue.
“Even if the RBA doesn’t move on the cash rate any time soon, mortgage rates are already starting to creep up for fixed rates although variable rates continue to decline,” Ms Conisbee said.
“This is likely due to the highly competitive mortgage market – even though demand for finance is very strong, it would be hard for a finance provider to increase their mortgage rates without having a significant impact on market share.”
The last reason Ms Conisbee found was the event of a mining and agricultural slowdown.
“Iron ore pricing continues to hit record highs and May saw a record $12.3 billion worth exported to China alone. Meanwhile, Australia’s agricultural sector continues to boom,” she said.
“Australian farmgate production is on track for a record-breaking $66.3 billion a year, driven by higher beef, wool and dairy exports, as well as a sharp recovery in cotton exports.
“An end to these strong mining and agricultural conditions would slow down local economies that rely on them. For now however, the rapid recovery in global economic conditions suggests that this will not occur any time soon.”
Luckily, today these are still just hypotheticals and with lower stock meaning less competition, the current property market conditions represent a good opportunity for sellers. Those who take their property to auction are on average making 12.48 per cent more than if they’d sold prior to game day. In Sydney, this represents $159,120 more on top of the median house price of $1.275 million – putting sellers in a better position to buy.
And when it comes to buyers, Ray White auction metrics prove that demand is still strong across the country despite the lockdowns affecting Melbourne and Sydney and restrictions in Brisbane and Adelaide. Last week there were 7.7 registered bidders per auction nationally while almost four bidders actively participated on average.
This week the Ray White Group has 568 properties scheduled to go under the hammer, with 332 of those on Saturday and more than a few standouts coming up.

In Sydney, real estate agents are able to conduct private inspections and online auctions meaning that the market is still moving forward. In one of Sydney’s heavily locked down LGAs, Ray White Georges River | St George | Oatley principal Fraser Glen has still had a host of buyers enquire about 10 McRaes Avenue, Penshurst(pictured above).

“It’s a beautiful character home in Penshurst, opposite the park and close to the station so it has ticked a lot of boxes for buyers,” Mr Glen said.

“We’ve had a lot of enquiry and the campaign has been really strong despite the house being in one of the strictest lockdown areas in Sydney.”

Ray White Drummoyne selling principal Mario Carbone launched the auction campaign for 9/11 Bayswater Street three weeks ago when Sydney tightened restrictions but said the vendor preferred not to wait till after lockdown.
This weekend, Mr Carbone is confident that decision will pay off after overseeing 45 private inspections and 300 virtual inspections. He said buyers have been turning from popular inner city suburbs to areas like Drummoyne.
“We’re seeing a lot of buyers who were looking in the inner city but are shifting over to Drummoyne where they can get something bigger for better value,” Mr Carbone said.
“They also prefer the lifestyle of the suburb and everything it has to offer. There’s just a different feel here than the inner city suburbs.” 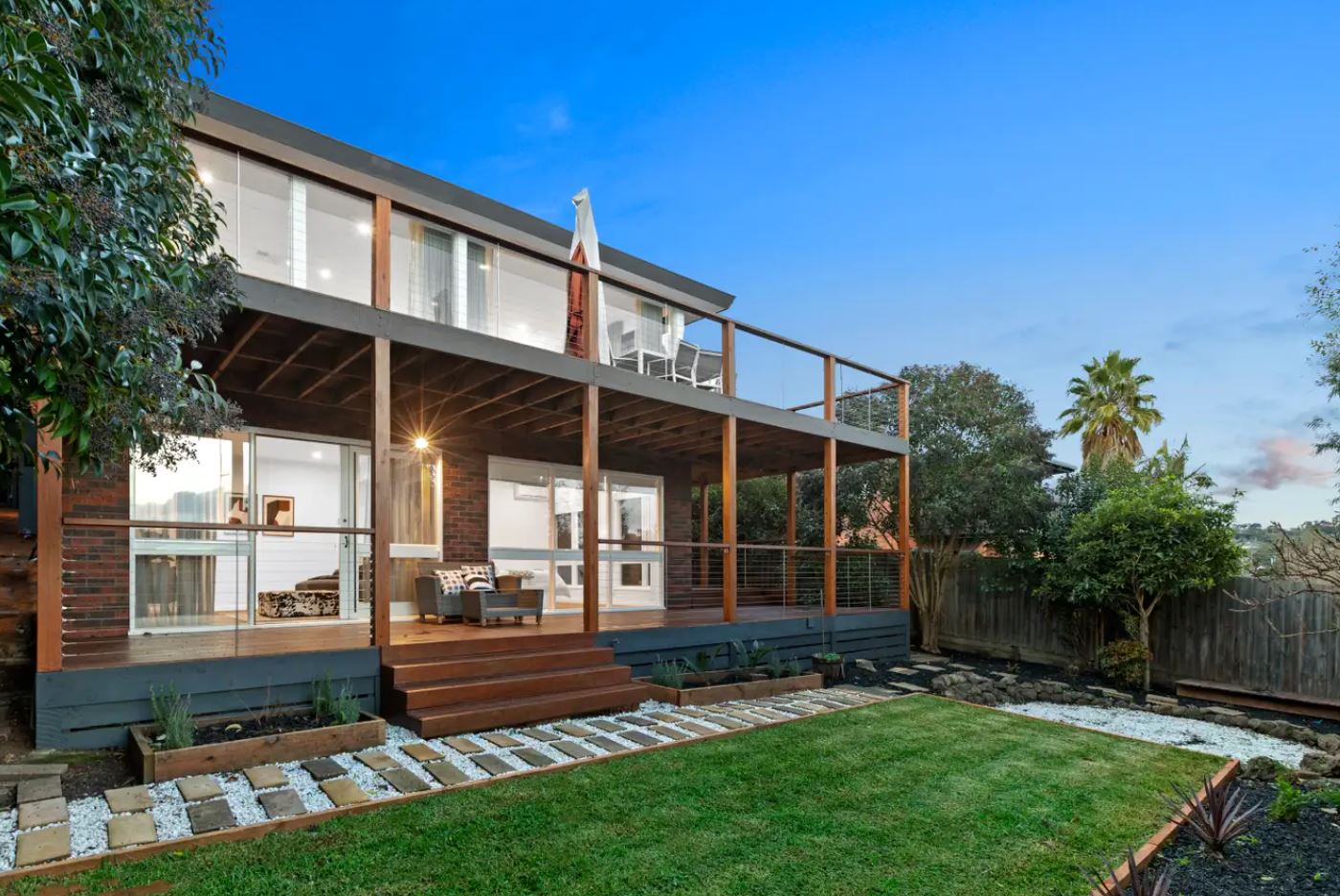 Lockdown number six in Melbourne has been extended further and like Sydney, all auctions will take place online again this weekend. Online auctions have become a staple of the Melbourne real estate industry over the past 18 months however the banning of private inspections has left some buyers and sellers in limbo.
Luckily, Kevin Chokshi and Angela Limanis of Ray White Cheltenham were able to fit in some physical inspections in between lockdowns number five and six for their listings going to auction this weekend.
Mr Chokshi said the freshly redone 179 Macedon Rd, Templestowe Lower(pictured above) home has been popular with families who love the views, location and quality renovation and is expecting a solid result at the online auction this weekend.
Despite half the campaign for 25/94-96 Cavanagh St, Cheltenham taking place in lockdown, Ms Limanis has had plenty of interest from first home buyers, downsizers and investors.
“My clients have been through two lockdowns during the campaign but we have been running virtual inspections while things are shut down so buyers are still getting a chance to look through the house while private inspections and open homes are not allowed,” Ms Limanis said. 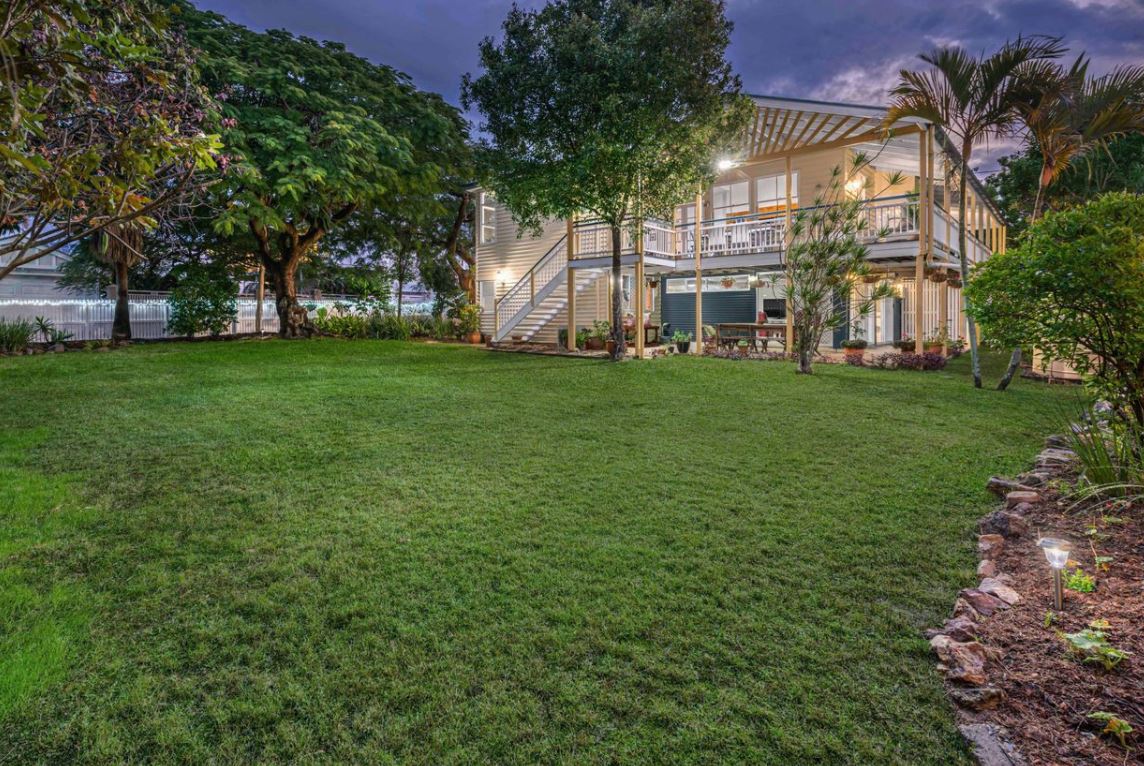 There’s no stopping the growing Brisbane market where auctions have taken off, netting vendors prices on average 11.04 per cent higher than if they sold prior.
Ray White Annerley agent Bevin Powell said he has a lot of buyer interest on two properties going to auction this weekend – 184 Lillian Ave, Salisbury and 14 Bellamy Street, Acacia Ridge. Meanwhile, Ray White Annerley principal Geoff Sellars said while 5 Brook St, South Brisbane needs some work, it’s a great location, on a good block and has had really strong interest during the campaign.
“There’s been a combination of different interested buyers on this listing. Developers, landbankers and buyers who want to knock down and build something have all expressed interest because opportunities like this don’t come up very often in South Brisbane,” Mr Sellars said.
On Brisbane’s northside, after 30 years the owners of 92 Gordon St, Gordon Park(pictured above) will be saying goodbye to their family home at auction this weekend. Ray White Ascot selling agent Andrew Flanagan said he’s had 70 groups inspect the property which is on a level corner block of 943sqm with laneway access, dual-street access and just one neighbour.
“There have mainly been family buyers looking at Gordon Street. A lot have been locals but we have also seen some interest from interstate buyers,” Mr Flanagan said.
“Gordon Park was a bit of a hidden secret until recently but it’s become really popular and buyers are going crazy for it. It’s a nice suburb within that Wilston and Grange area but very tightly held so buyers jump on anything that comes up.” 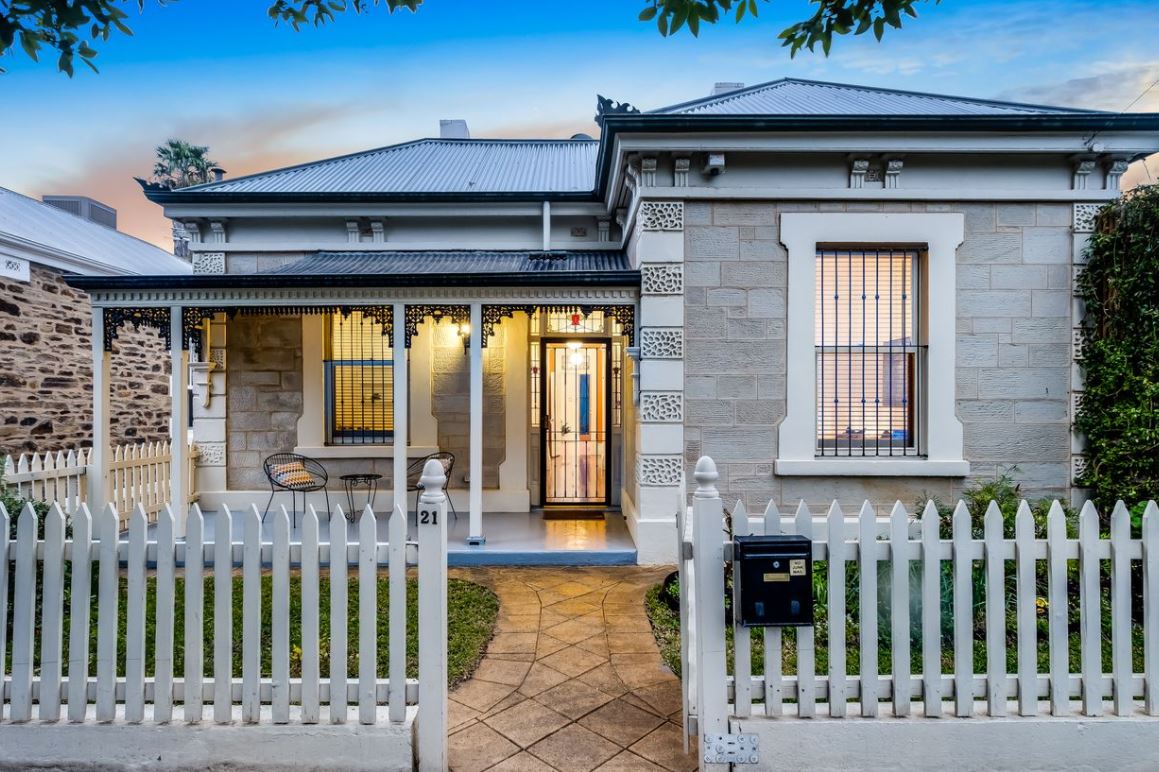 The Adelaide auction market continues to be on fire this winter which is paving the way for a strong spring selling season.
This weekend, the standout auctions not to be missed belong to Ray White Norwood. Agent Brandon Pilgrim will be taking the 1890’s sandstone 21 Montrose Ave, Norwood  villa (pictured above) to what he said will be a hotly contested auction.
“We’ve had 140 groups go through so far. It’s a nice character home in a good spot which is attracting a lot of young professionals, small families and even some downsizers,” Mr Pilgrim said.
Meanwhile, fellow Ray White Norwood agent Nick Borrelli is also confident of his own auction success with 46 Evan Ave, Salisbury.
“Interest has come from a lot of young families and first home buyers. It’s a nice, modern home which is a bit different for the area,” Mr Borrelli said.
Share:
Up to Date