WINTER selling season got off to a roaring start with Australasia’s largest real estate group reporting a preliminary national clearance of 84 per cent, despite Melbourne’s second week in lockdown.

The unwavering surge in demand from buyers meant reserve prices were knocked out of the park, with record breaking bidding action.

On Saturday the group recorded an average of 7.2 registered bidders across 413 scheduled auctions for the day. The resounding feedback from agents, auctioneers and vendors was that taking the property all the way through to auction day paid huge dividends. On average, vendors received 13.54 per cent more under the hammer today nationally, compared to the highest offer prior. And yet, some 21 per cent of all auctions booked today, still sold prior.

The standout market of the day was Melbourne where stoic Victorians demonstrated their well-honed online auction skills with the group’s auctioneers selling in a covid-safe way over the internet from their lounge rooms, spare bedrooms and even make-shift garages after long down was extended due to the virulent virus.

Some 68 per cent of the auctions booked for Melbourne today did not proceed, however of the ones that did proceed, 90 per cent sold.

“It has been a hectic few days for our agents who once again had to convert auctions online, but there was no stress or pressure and all our auctioneers once again took over their spare bedrooms and living rooms to ensure the real estate activity could continue.”

“We are grateful we can still trade during the extended lockdown, and it was once again pleasing to see our agents do whatever was required to ensure our customers could still transact, most importantly in a safe environment,” Mr Dullens said.

“In the last 15 months, we’ve called well in excess of 2,000 online auctions across Victoria, more than any other group, and we are confident we can assist our customers no matter the circumstances.”

“Auctions continued to be fast paced with strong bidding activity, although we have noticed that opening bids have started slowing down,” Mr Pattaro said.

“There has been a slight cool off at open for inspections, although the buyers coming through are genuine, cashed up and ready to make some strong decisions,” he said.

“While we see these strong clearance rates and low interest rates, it is a great time to get involved, whether that means buying or selling.” 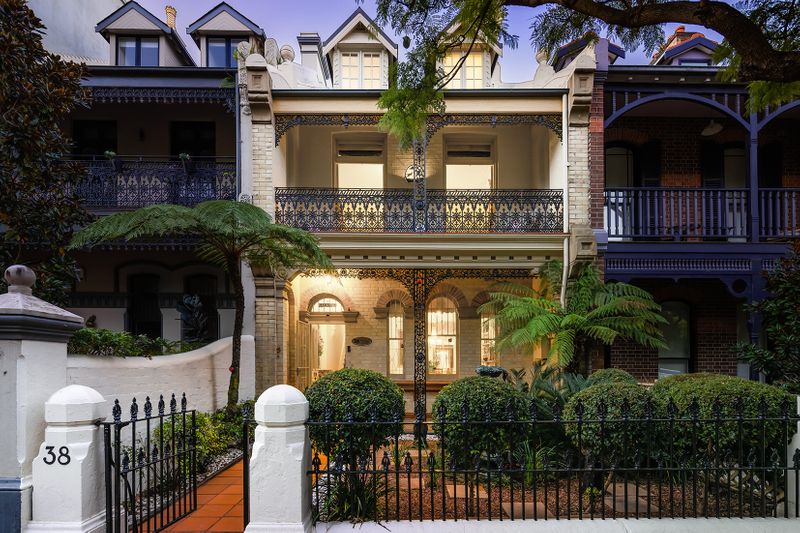 The largest auction sale for the day nationally was this stunning four-level Victorian terrace in the heart of Kirribilli Village at 38 Fitzroy St which sold for $6,850,000, leaving both sellers and buyers very pleased.

As Victoria pushed through its extra week of lockdown, Melbournites rose to the challenge, with a huge number of auctions moving swiftly to the now well-perfected online format.

Auctioneers across the city set up shop in their living rooms and spare bedrooms, utilising the technology the group honed during last year’s extensive lockdowns.

Ray White Glen Waverley were already well versed in quickly switching to the online format after the events of 2020, and their sale of 15 Jarrah Ct, Glen Waverley was no exception. The home sold for $1,270,000, smashing the reserve price of $1,165,000.

The marathon auction went for a huge 1 hour and 30 minutes, with hundreds of bids among the seven registered bidders. 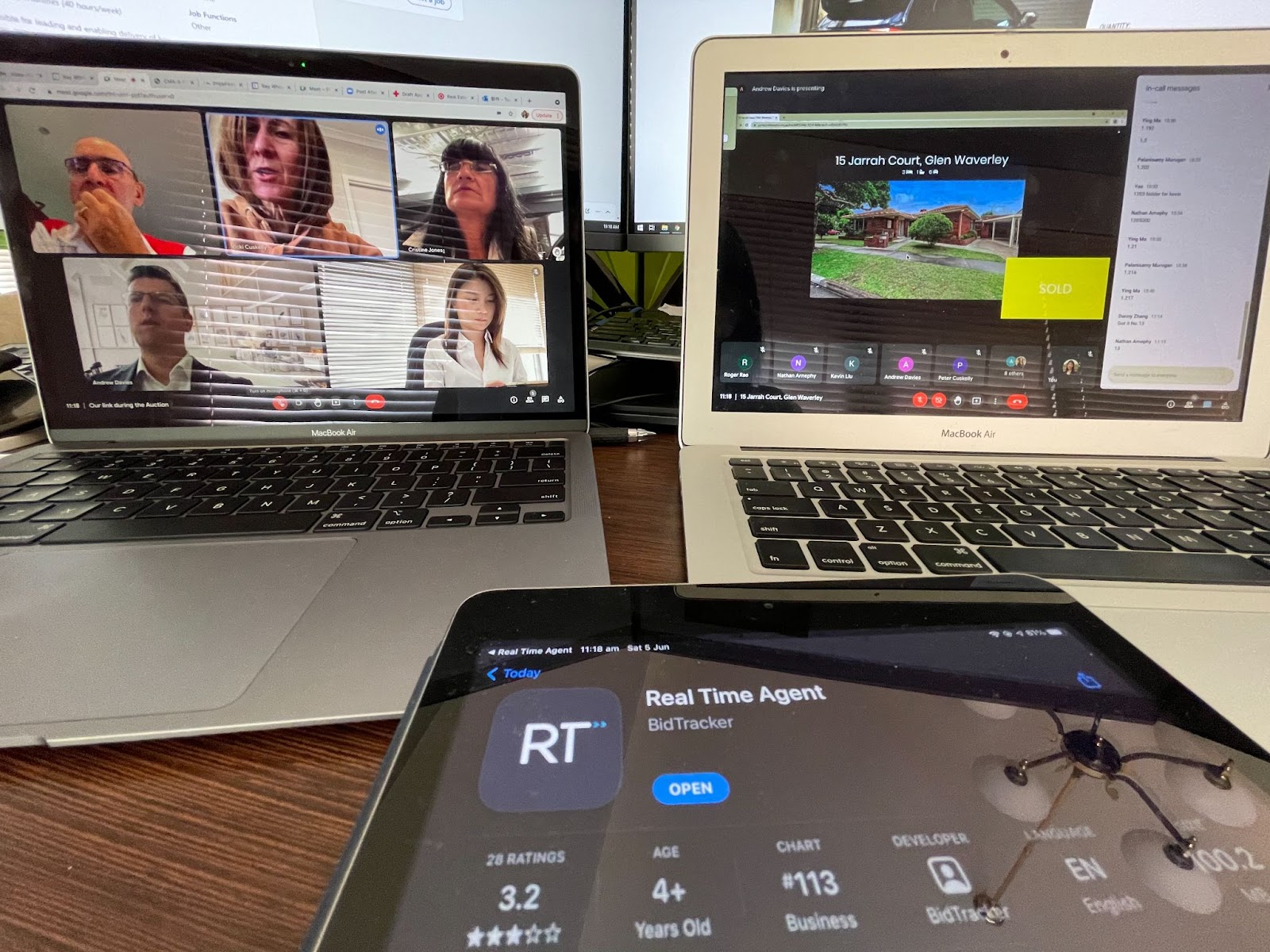 Ray White Glen Waverley Area Manager Cristine Jones said she was incredibly proud of her extended team and the vendors for pushing ahead with the auction.

“We actually ended up with extra registered bidders, because of other agents in our area cancelling their auctions when lockdown was announced,” Ms Jones said.

“It was a long time to spend in my freezing home office set up in the garage,” she said.

Ms Jones said the vendors placed their trust in her team and the online auction format, and were grateful for the three weeks of physical inspections that took place prior to lockdown.

“Even during the lockdown weeks, we had a tonne of interest via our walkthrough videos,” she said.

“We fought tooth and nail to give confidence to our vendors, and reassured them that we had been through this before and could achieve a great result despite the circumstances.”

The buyers were a young family who had missed out on multiple other properties, and were grateful for finally having a place to call home after renting. 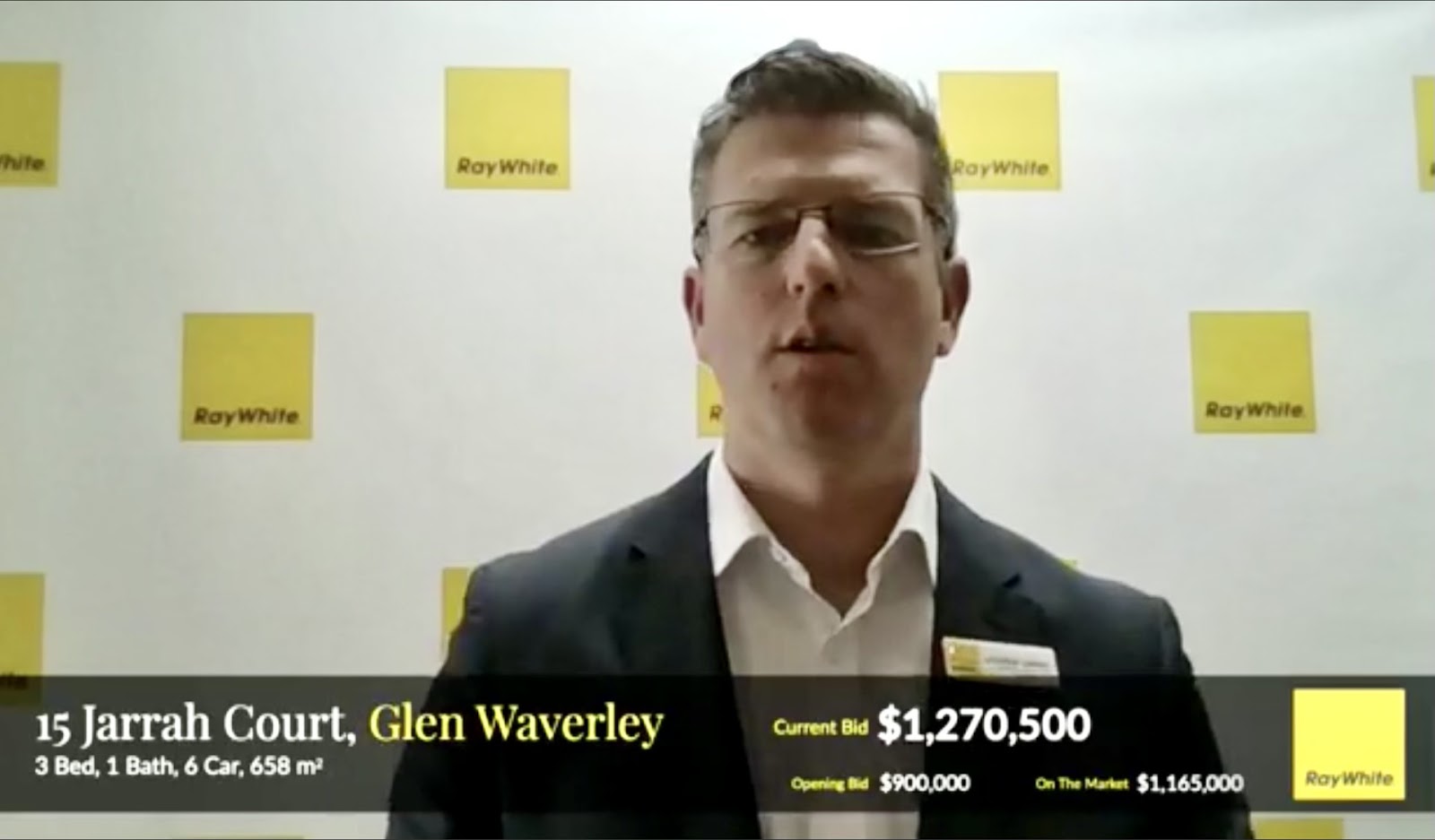 Ray White Clayton Agent and Auctioneer Jonathon Eaves said the result showed just how successful the online format could be, regardless of whether it was a $500,000 home, or a $2 million plus.

“Because we only had two weeks of open homes, the sellers were definitely nervous, so you can imagine their delight with the end result today,” Mr Eaves said.

“The winning bidders were a young couple who have been living in an apartment, looking for something bigger after the year of lockdown we have had.” 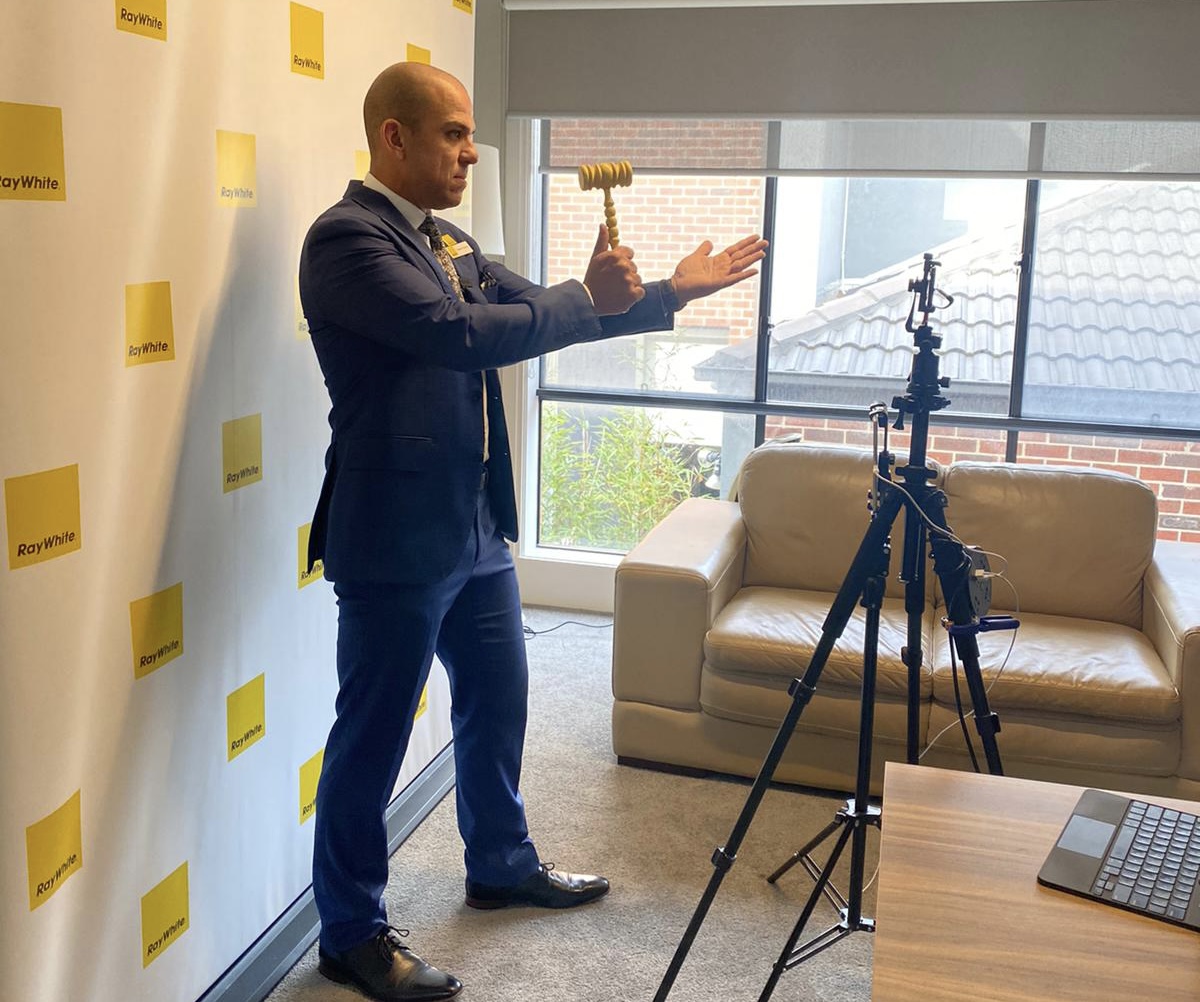 Ray White Seddon Director Peter Gindy said the seller was hesitant to proceed amid the lockdown, however was absolutely over the moon as the hammer fell. The winning bidder was a developer, which was where the majority of interest was from.

“The vendor was talking about delaying until October, but today’s result just proves how robust the market is, even in winter,” Mr Gindy said.

“We have properties ready to get online, to capitalise on this market, so hopefully the lockdown wraps up quickly,” he said. 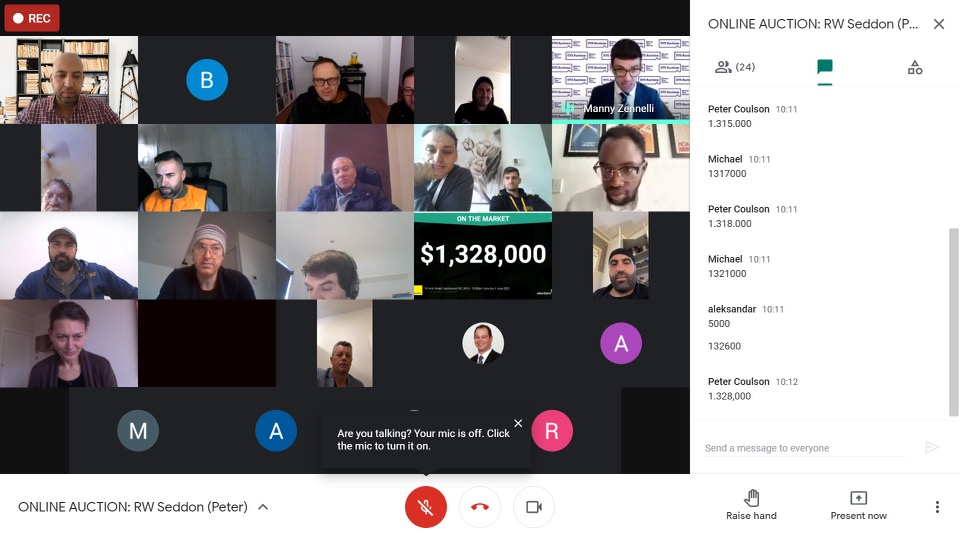 A final success of the day in Melbourne was at 8 Carson Crt, Rowville which sold for $1,026,000, smashing the reserve of $850,000. The campaign run by Nick Strilakos from Ray White Rowville attracted 10 registered bidders online.

“The buyers haven’t actually seen the property in person due to the lockdown, and only registered yesterday,” Mr Strilakos said.

“Buyer and seller confidence hasn’t been rocked too much with the lockdown, because of the lack of stock, prices are staying high,” he said.

“Our sellers were stoked. It was a deceased estate sale, so a fairy-tale ending for an uncertain time.”